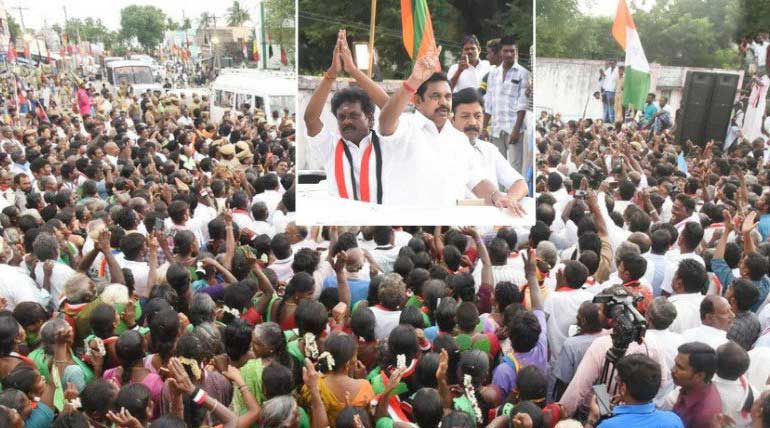 After an aggressive campaign in Vikravandi constituency, CM Edappadi Palaniswami continued his onslaught on Stalin in Nanguneri also. Today being the last day of campaign which will end at 6 PM, there may be more fireworks from the two major campaigners, Stalin and CM today.