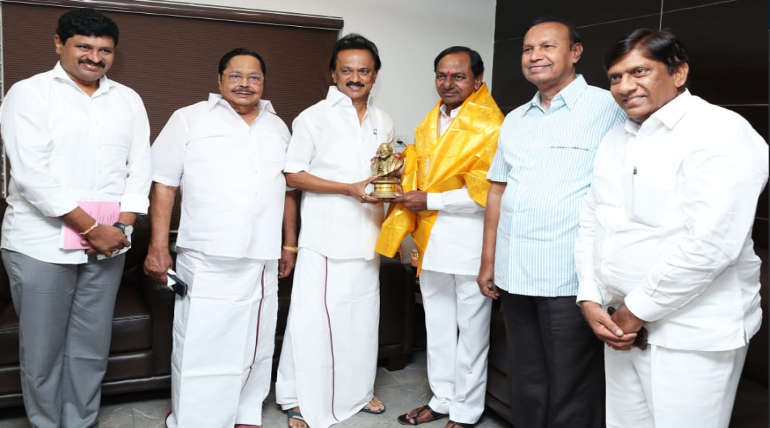 Chandra Sekara Rao is the face of the third alliance which is trying to unify the smaller parties to form the government if both BJP and Congress fail to get majority votes.

He has been all over India to gather the support of leaders like West Bengal chief minister Mamta Banerjee and the Chief Minister of Kerala Pinaraye Vijayan.

The after Lok Sabha election predictions are in favour of Congress alliance in Telangana and this local parties are vying to join hands with Congress. The initiative being led by Trinamool Congress leader Mamta Banerjee who has been uniting the opposition against Bharatiya Janata Party.

BJP knows that it won't get majority votes standing alone and has put Chandra Sekara Rao on the path to destabilise Congressâ€™ alliances. It also has been having talks with YSR Congress, Janata Dal and Telangana Rashtriya Samithi parties to form alliances.

Stalin shuts the door for the third alliance