Stalin Speech How to Overthrow the Rule of Edappadi Palanisamy 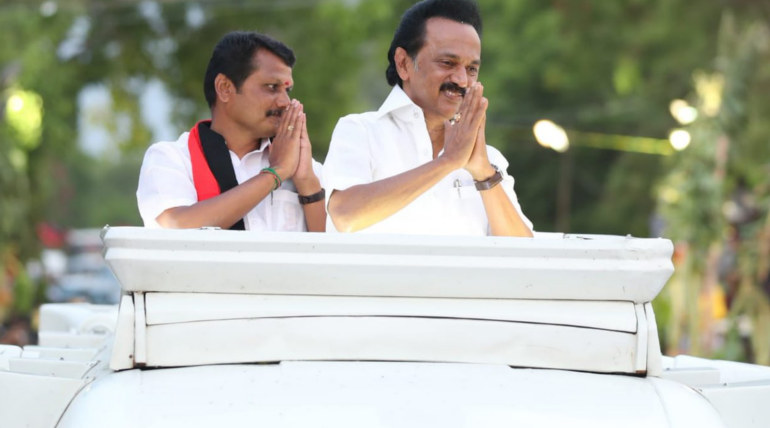 Stalin's account of how to change the regime in Tamil Nadu. Stalin's campaign was in support for DMK candidate Senthil Balaji in Aravakurichi constituency. When he was speaking that in Tamil Nadu on the 23rd, on the day of the voting result, Edappadi Palanisamy will go to his house. Modi's will return home after five years of rule is predictable. There is still a year rule in Tamil Nadu.

Minority: Then there's a question that how they can go home. This regime, led by Edapaddi Palanisamy, is a minority rule in the absence of a majority.

I am the son of Karunanidhi: It is well known to the ruling party. That's why they made a maneuver. 3 MLAs sent a notice to exploit the post. I learned the intrigue of Karunanidhi's son.

Maneuver: So they certainly can not take action. The Supreme Court ruled that the MLAs by the letter sent for removal go to the Supreme Court and not to take any action by the Speaker.