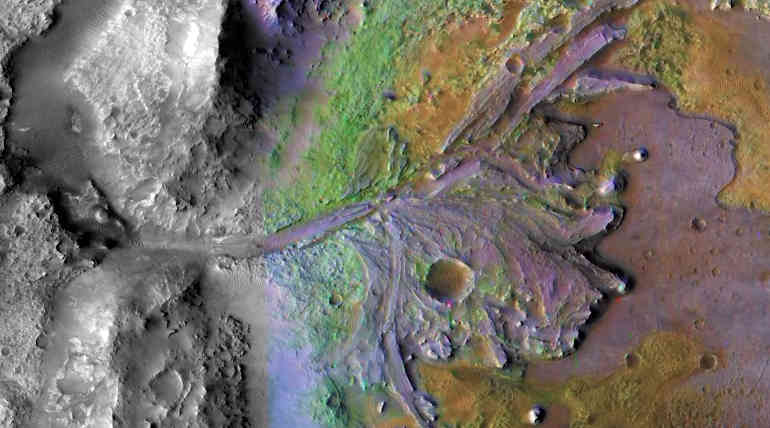 Oxygen on Mars â€“ Rise and fall of the levels donâ€™t fit any chemical process of the planet:

Researches are going on about the "Life existence on Mars" since they came to know about the red planet. In line with that research, there are findings which state that the atmospheric gases behavior on Mars is unpredictable with plenty of mystery.

Initially, Methane was the gas that disappeared and reappeared now the same goes with oxygen levels, which suddenly rises and falls over the Gale Crater, and the levels do not give any clue on the chemical process it undergoes. This data was interpreted with the help of Curiosity rover, which is on a mission on the planet for almost six earth years. The rover is making a methodical move on the crater floor.

Curiosity rover not only looks at the rocks beneath but also takes readings of the Martian atmosphere to measure the seasonal atmospheric changes. From the measurement, it is construed that the oxygen levels are up and down and not aligning with any chemical processes known before though oxygen is not the much available gas in the mars. Most of the Martian atmosphere has carbon dioxide, which comprises 95% of its volume followed by molecular Nitrogen of 2.6%, Argon of 1.9%, 0.16% of molecular oxygen, and 0.06% of carbon monoxide. Earthâ€™s atmosphere, as we know, has 78% Nitrogen and 21% oxygen and 1% other gases.

Over the course of the year, it is said that the atmospheric pressure in air changes. During the winter hemisphere, the CO2 freezes over the pole, and the pressure drops across the region. Hence redistribution of gases will happen to equalize the atmospheric pressure. During spring, the CO2 melts, and the carbon dioxide level rises initially and evens out as gases are redistributed towards the winter hemisphere. Based on the levels of carbon dioxide, the other gases will redistribute.

Nitrogen, Argon gases behave as expected, but oxygen does not behave so. It is observed that something is added in the oxygen and taking it away again. Also, it was checked whether there was an issue with Quadruple Mass Spectrometer Instrument or the software. It was all working fine.

Another possibility was also contemplated whether the oxygen could be produced by water or carbon dioxide somehow in the process of breaking, but that was also proved false as water is not available much in the martian atmosphere. Hence the indifferent chemical process involving oxygen is still a mystery to be resolved in the atmosphere. Methane also fluctuates the same way sudden rise and fall, and the oxygen is in tandem with the methane flow. Are these gases produced through the organic process or geological process is still a million-dollar question.