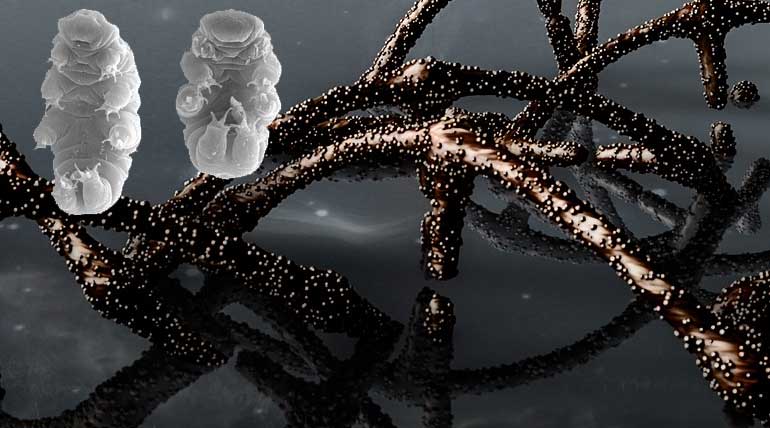 Combining the genes of Tardigrades with humans may not be a plausible idea for now. But, in the future, it may change the whole human perception of the space environment. Recently, a theoretical study done by a New York scientist about the genetic challenges faced by humans during a space flight put this idea of making hybrid Tardigrade-Humans forwards.

From the Weill Cornell University in New York, Chris Mason, who is an associate professor of biophysics and physiology and also a geneticist, expressed this idea in his presentation at the NYC Human Genetics Conference. One of the significant challenges that astronauts confer is radiation, and on the other side, tardigrades are found wandering the void as nothing happened.

They are immune to any known physical condition like temperature, radiation, and starving. Such a type of nature condition could kill any organism but not the Tardigrades. Such a creature's DNA could enhance the human space colonization mission with different mannerisms if the creature's DNA could be used to modify Humans gene, Mason considers.

Mason also hopes to solve the radiation exposure of healthy cells during cancer treatment with his gene modification idea. Mason said that "if we have another 20 years of pure discovery and mapping and functional validation of what we think we know, maybe by 20 years from now, I'm hoping we could be at the stage where we would be able to say we can make a human that could be better surviving on Mars."