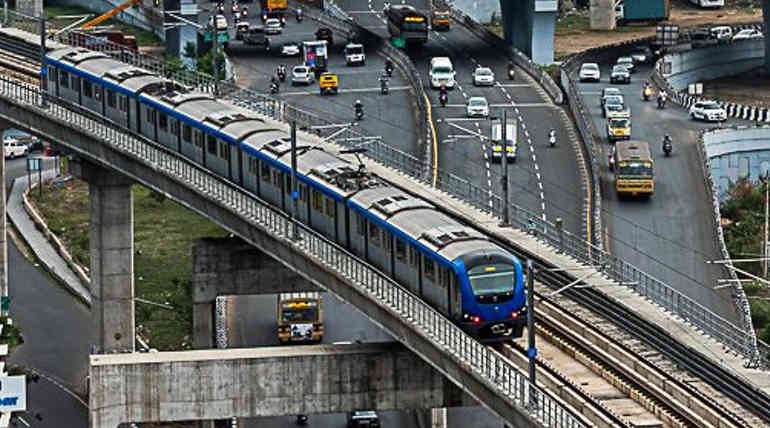 On January 15,16, and 17, the three government holidays for Pongal, people who travel in the metro train, have to pay only half the regular charges. Also, the transport department has arranged buses from Government Estate and AG-DMS metro stations to Marina beach on January 17, the Kannum Pongal day.

Pongal fever is gripping the Tamil Nadu people who celebrate this traditional festival for three days. And especially on Kannum Pongal day on January 17, Chennai will be flooded by people from all parts of Tamil Nadu. It is by its name to see places for enjoyment.

To facilitate such people, the CMRL or the Chennai Metro Rail Limited has announced yesterday, January 12, that all the three days of Pongal celebration days will be charging only half the regular charges. It will not only help the people coming to Chennai financially but also make them popularize the metro channel by using it instead of the crowded buses.

CMRL's dream project of metro rail across Chennai city started in 2015. But due to high ticket costs, people stayed away from the metros. In December last year 2019, CMRL to make the more people travel in the metro rail reduced the fares by 10 % with a minimum ticket charge of Rs. 10 and a maximum of Rs. 60.

Also, to increase the people to use the metro during the weekends, the ticket fare for the two days was only 50 % of the other days. And now with Pongal, CMRL is trying to make numerous people coming for Pongal holidays to know about the fantastic facilities of metro rail has reduced the fare by 50 % on those three days.

CMRL also soon starts the second phase of its ambitions 118.9 km metro rail project. The Asian Infrastructure Investment Bank (AIIB) is to fund Rs. 2,306 or $ 320 million to complete the elevated 18 km metro rail phase II from Meenakshi College in Kodambakkam to the Poonamallee bypass. All the 18 km stretch will have 18 elevated railway stations, which will become a reality soon.