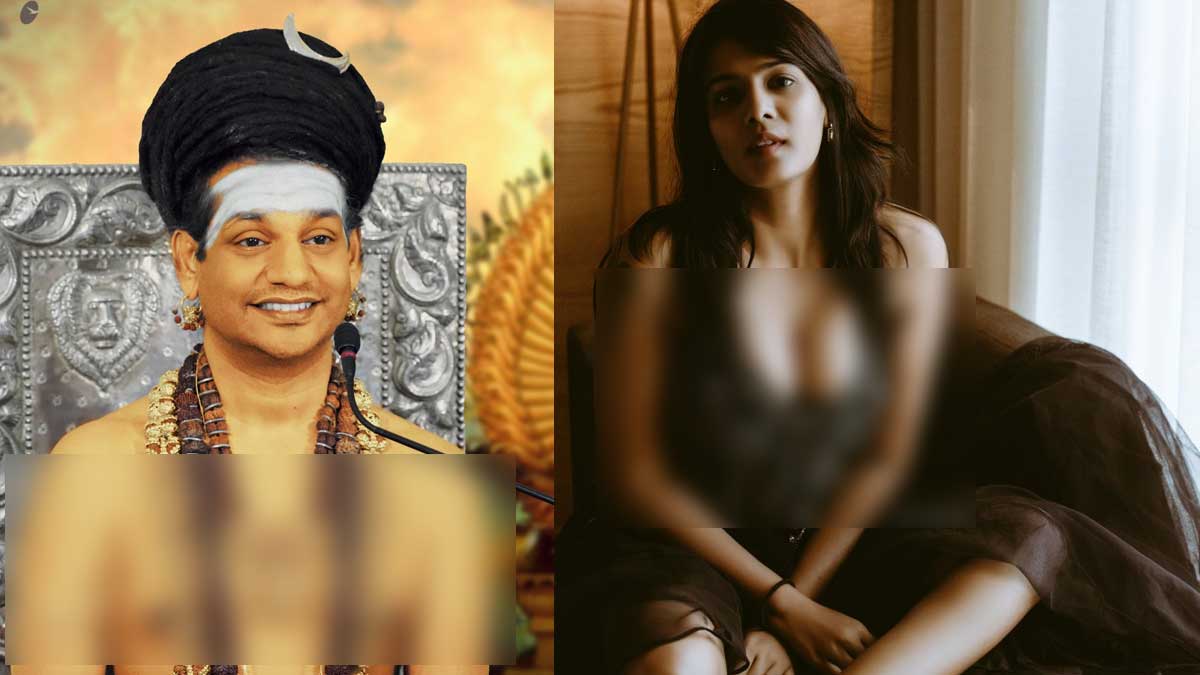 Nithi and Meera - Two Fugitives Fooling Tamil Nadu to Come Together. Photos masked for the safety of Kids.

Two fugitives wanted by the police are not only cheating the Tamil people with fake videos but also to come together. They are none other than the Wanted Criminal Nithi and the self-proclaimed disturbed Meera Mithun.

Nithi being a self-styled godman is even wanted by Interpol, but with his money acquired by fooling people is escaping the law's clutches.

The infamous last year's big boss 3 contestant mental Meera flew Chennai when searched by the Egmore police for a complaint by the hotel manager. Meera is making money by fake videos and in her latest video, she expressed her solidarity with the great Nithi and wanted to go to his so-called Kailasa.

Is Kailasa for real?

With his money power, this rape accused and wanted for many criminal cases, Nithi has in a fake way spreading rumors of a place called Kailasa. The latest of his fooling around is releasing currencies for the said Kailasa land and also starting its own Reserve Bank of Kailasa.

Even when big countries like the US and European countries are short or money due to the pandemic, this mental Nithi is continuing to fool the people. Experts knowing Nithi say that there is no such land called Kailasa and this madman saying himself as God is only staying safe in some remote part and releasing indoor videos of nonsense to fool people.

What does Meera Mithun want?

Running away from Chennai, she recently announced in a tweet of coming back to Chennai. When asked about whereabouts, she said that she is in quarantine. Now she wants to go to Kailasa. For the August month, her continuous social media appearance was to tarnish even the wives of big actors like Suriya and Vijay.

All she wants is money from some social media channels to create hype through Twitter and follow it with YouTube videos. If she comes to Chennai, she knows well either she will land up in Puzal prison for good.

Until then, let these wanted list duo join together in their self created Kailasa and continue fooling and entertaining people during this worst corona crisis times.