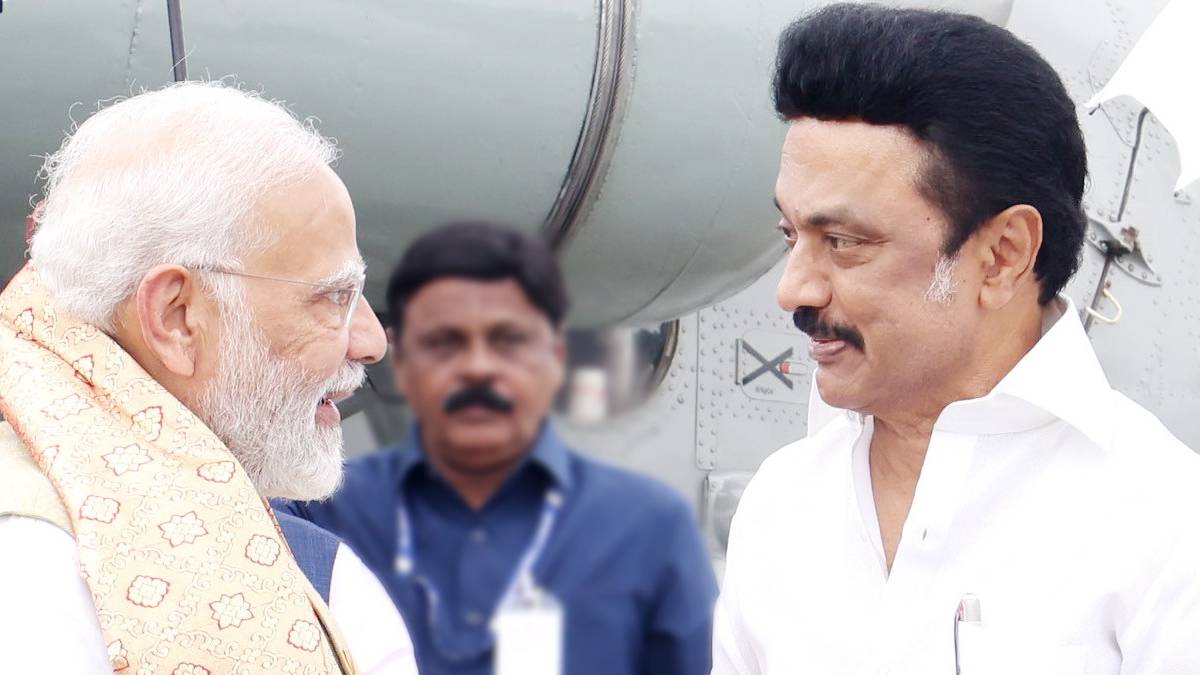 PM Modi arrived at Madurai Airport to attend a function at Dindigul Gandhigram University. From there, he reached Dindigul by helicopter and was welcomed by Chief Minister M. K. Stalin, Governor Ravi, Ministers K. K. S. Ramachandran, Thangam Thennarasu and B. Murthy.

Fifty invitees have been allowed to welcome Modi at the Madurai airport. Edappadi Palanisamy and his teammates Rajanchellappa, Udayakumar, Dindigul Srinivasan, Natham Viswanathan, and O. Panneerselvam were the only ones allowed in the team. They also stood in line to welcome PM Modi. High security was given to PM Modi.