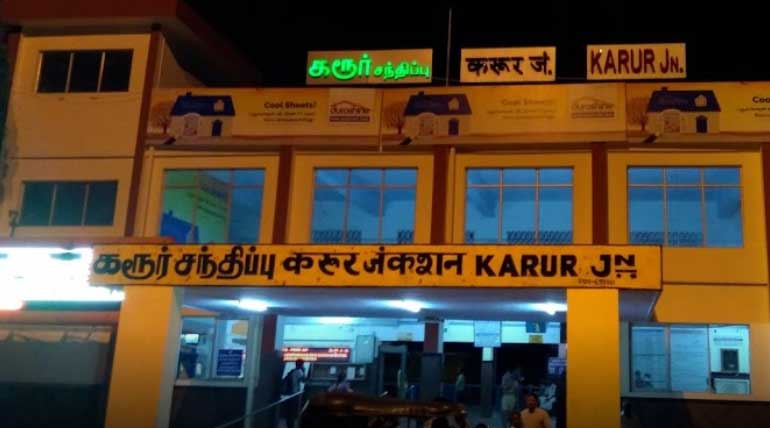 The day to day increase commuters in the special train made Railways announce this as a permanent passenger train. Railway Minister Piyush Goyal, via video conference, started the train today from Karur at 11.45 AM.

NH 44 and the Salem-Karur passenger train: NH 44, starting from Kanyakumari, ends in Kashmir through all the length of India. It passes through Karur, Namakkal, Salem, Banglore, Hyderabad, Delhi to Kashmir.

There are several private buses apart from numerous government buses plying from Salem to Karur. But the charges from Karur to Salem are more than 50 rupees.

This new passenger train from Karur today starting at 11.40 AM will charge the commuters only Rs. 25 for reaching Salem at 1.25 AM.

Being economical and also without getting trapped in any traffic jams or other issues, this passenger train will be a boon to a lot of people in between Salem and Karur. Also, the return train from Salem to Karur will go to Trichy in the evening.

This passenger train will not run on Sundays and will help a lot of office goers, business people, and college students in this route. The cost of Rs. 25 will help the commuters to save a minimum of Rs. 50 per day for the up and down travel from Salem to Karur. This passenger train is a big step towards the development of people in these areas in the future.