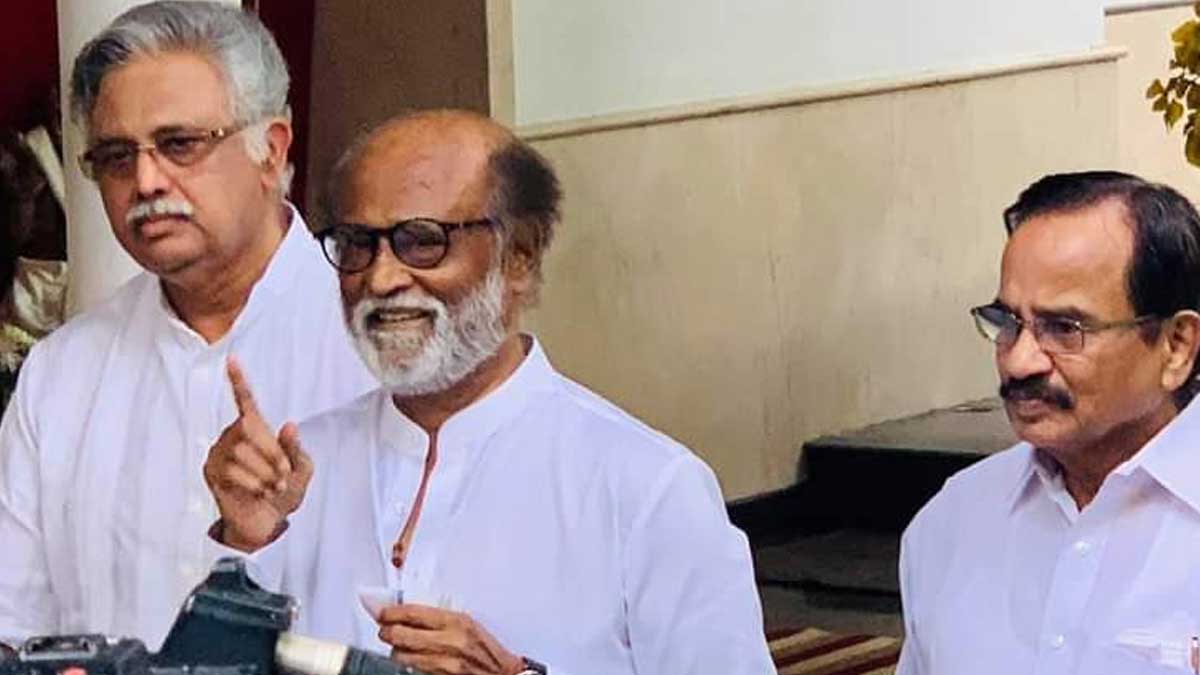 According to his Twitter message, the party's launch in January will be announced on December 31. Alongside, Rajinikanth added hashtags in Tamil, Everything should be changed and If not now then when.

In another message posted on his Twitter, he said that the forthcoming assembly elections will be won with the people's support, honest, monetary, transparent, non-corrupt, secular and spiritual politics will surely emerge in Tamil Nadu. 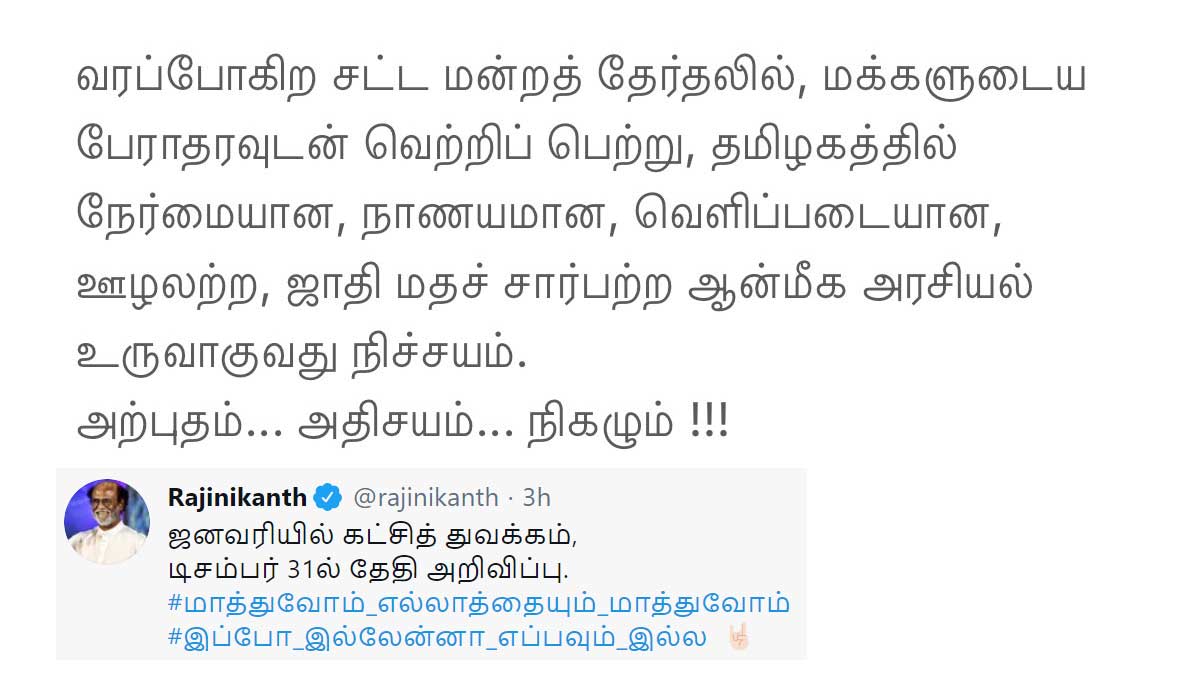 Finally, the long-awaited moment has come from Superstar Rajinikanth about the political party entry but one more month to go for the big news reveal.

Cinema industry politicians have been emerging for a long time in Tamil Nadu. Right from MGR, Jayalalitha, Karunanidhi, Kamal Hasan and it's Rajinikanth's time for entry into social work.

Kamal Hasan has already entered the politics game via Makkal Neethi Maiyam a few years back and competed boldly and intellectually in the general elections. 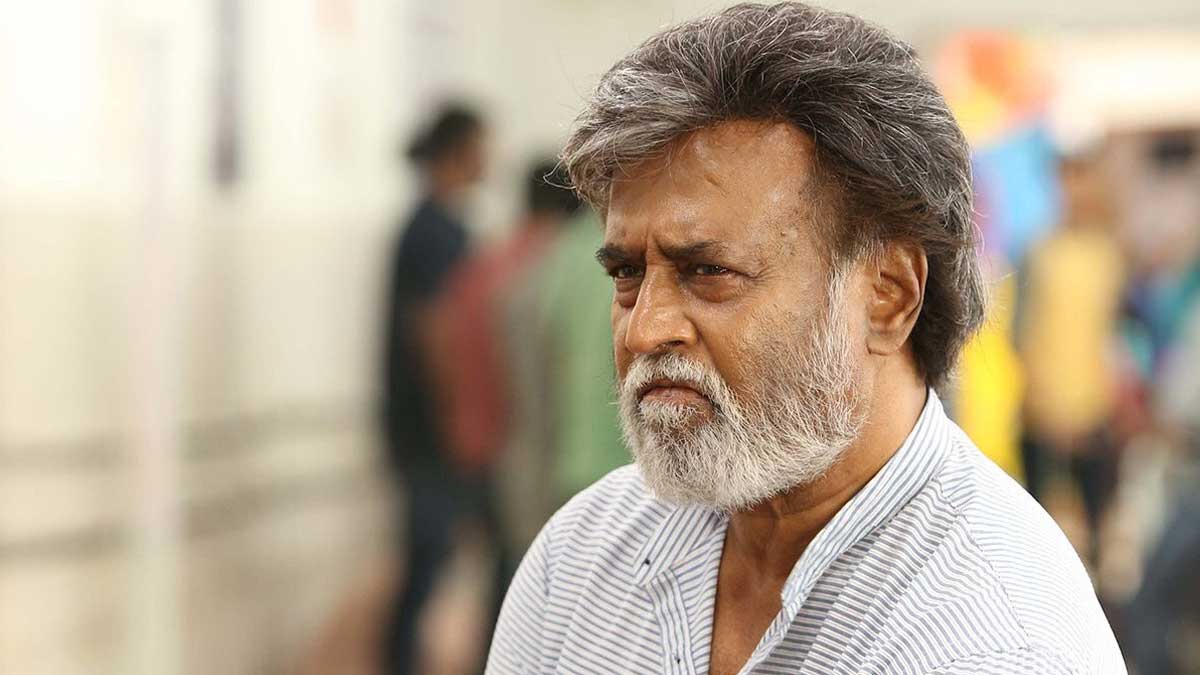 The political move has been made smartly from the Ulaganayagan Kamal side with educated people alongside, but the major drawback was Kamal did not compete in any constituency.

Coming to Superstar's entry, let's see the forthcoming change and his constructive policies from 2021.