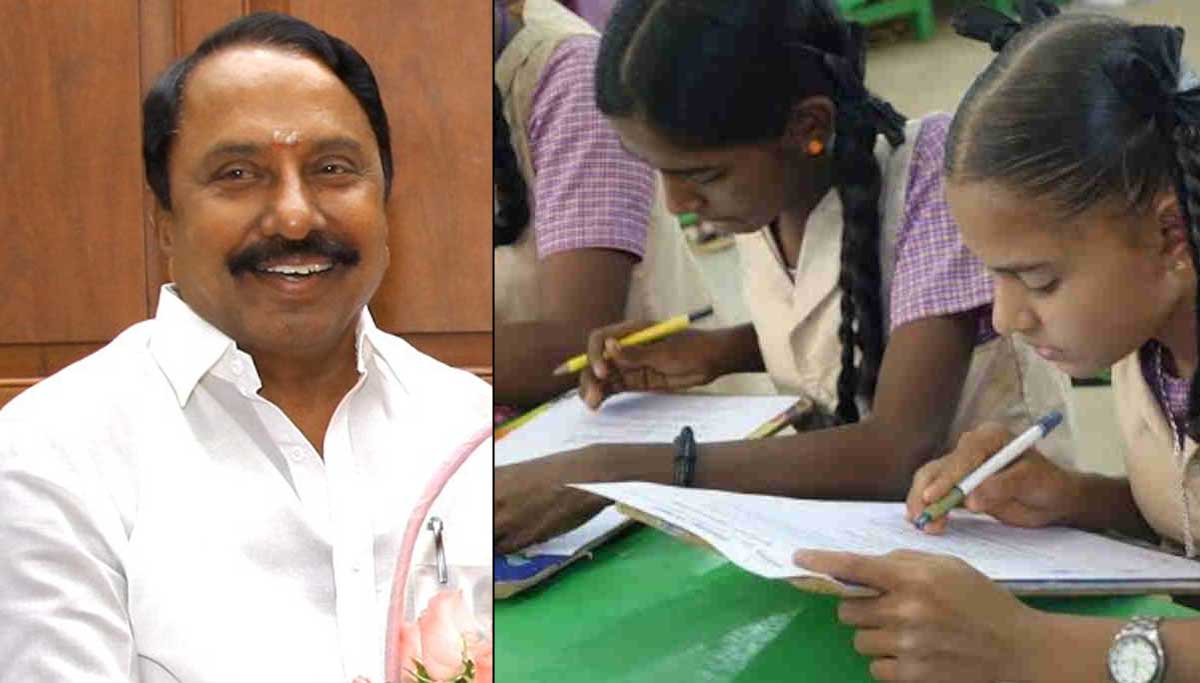 Tamil Nadu Class 10 public exam time table 2020: Is it sweet news or not for students, only they can say. But it is now official that the tenth standard state board exams are from June 1, 2020, to June 10, 2020.  Also, one exam of plus two and two exams of plus one will be conducted on June 4 and June 2 and 4, respectively.  Education minister Sengottaiyan also announced the start of correcting the plus two exam papers from May 27.  Students now have less than twenty days to prepare for the all-important tenth board exams in these times of corona crisis.

The lakhs of eager students who were waiting for nearly two months are happy to get ready for the exams now. Only a few students with daydreams of going to plus one without tenth students are now worried.   The education minister has put an end to worries and daydreams by announcing the time table for the tenth board exams today, May 12. It includes

The last exam of plus two exams was held on March 26, which was on the second day of the suddenly announced locked down.  34,842 students were unable to write the exam due to transportation and other difficulties.  Only these students can write the said plus two exams on June 4. Similarly, the plus one students who were unable to write the exam on March 26 can write it on June 2. The last plus one exam that was canceled due to lockdown is to be held on June 4.

Education minister Sengottaiyan said today that elaborate security arrangements would be made for the safety of the students. He also said that the state government directly transferred Rs, 218 crores to the banks to support the students studying in Matriculation schools under  RTE or right to education scheme.

He asked any parent of the child studying under RTE to complain to the authorities if they are forced to pay fees by he private matriculation schools. The minister also confirmed of giving two weeks NEET training to teachers to conduct NEET coaching classes for students. In ten colleges, arrangements have been made for the interested students to stay with food and take NEET coaching for the August  26 NEET exams.

With the coronavirus peaking across India and especially in Chennai, and the remaining CBSE  exams to be conducted only during the mid-July, is this decision of the state government is viable and correct, only the time can say.