Thoothukudi: Youths Made to Assist traffic Police after Done Tik Tok on a Police Vehicle 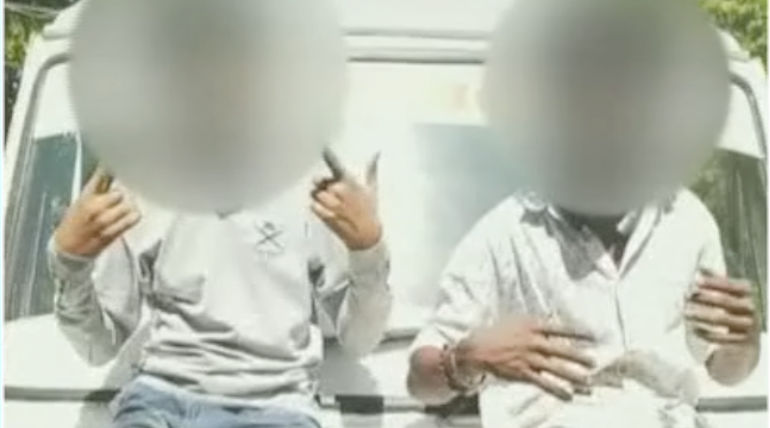 The Police vehicle seems to be in Levichipuram of Thoothukudi district for service in a workshop, and the teenagers Seenu, Gopalakrishnan, and Che Guevara of the same locality played with the vehicle for the Tiktok funs. Altogether, the youths were caught red-handed this morning when the police officer comes across the video regarding the vehicle in Tiktok. Immediately DSP Prakash arrived in person to the Thenbagam Police station of Thoothukudi district for investigating the youths about childish illegal behavior.

Tiktok steam never cools among all ages from day1, and the social media publicity intrigues the doers to intense perform on the videos without thinking of the forthcoming social and legal issues. Likewise, Thoothukudi youths Tiktok videos been a life lesson to the doers and all Tiktok aloft videomakers by throwing the kids in public traffic maintenance. DSP Prakash's new statement entered when the kids affirmed that the police vehicle video is for fun and claimed the unawareness of the above. To make awareness, Thoothukudi police lodged a new way for the teenagers by indulging them in assisting traffic work instead of beating and rough-handling the kids.

Accordingly, the youths engrossed themselves in public service for the wrong act in Tiktok about a day from 11 a.m to 5 p.m setting an example for the Tiktok or social media influencers around the nation based on the advisory of Superintendent of Police Arunbalagopal in Thoothukudi.