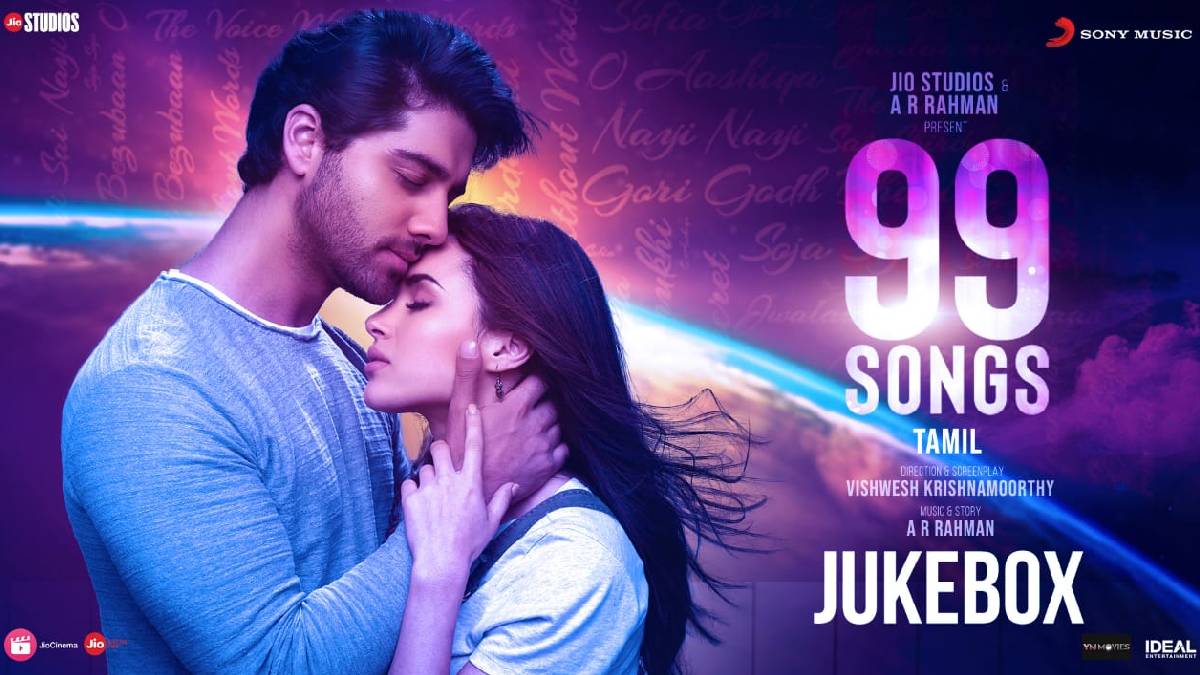 A.R Rahman has taken a step forward in 99 Songs Movie, directed by Vivesh Krishnamoorthi, a musician known for Mumbai-based hardcore and scribe.

A.R. has given two debuts for this film as a story writer and as a producer. It is an Indian Musical Romance film. This movie is set to release on April 16, 2021, and will be dubbed in Tamil and Telugu in the same name.

The lead male role is played by Ehan Bhat, who was shortlisted among 750 members in the audition. A.R Rahman, the Oscar award winner, said that Ehan was trained for music for a year to give his best in the film.

The female lead is handled by Edilsy Vargas, an American actress, model, and also producer. Along with them, the stars Aditya Seal, Lisa Ray, Manisha Koirala have also traveled in the journey of 99 songs.

The Cinematography was done by James Cowley and Tanya Satam, while Shreyas Beltangdy and Akshay Mehta did the editing. G.V Prakash has dubbed the male lead role in Tamil Version, and the female voice is dubbed by A. R Rahman's daughter Khatija Rehman.

The movie is about a singer who faces many obstacles in the journey of music who wishes to be a successful music composer. The battling with himself and how he met the family and problems are dotted lines in the film.

Most of them thought it is A.R Rahman's life story, so A.R Rahman answered that it is not my personal story. Rahman wrote this story for four years, and it has launched the songs, and the movie is to release on April 6, 2021.

The 99 songs (2021) Tamil movie trailer has come out so well, which received many hits, and the Tamil song Jukebox is out in Sony Music South.

The music is with great expectation because of the cast and crew who are news into Indian Filming. The movie will achieve its heights by the outcome of its hard work.