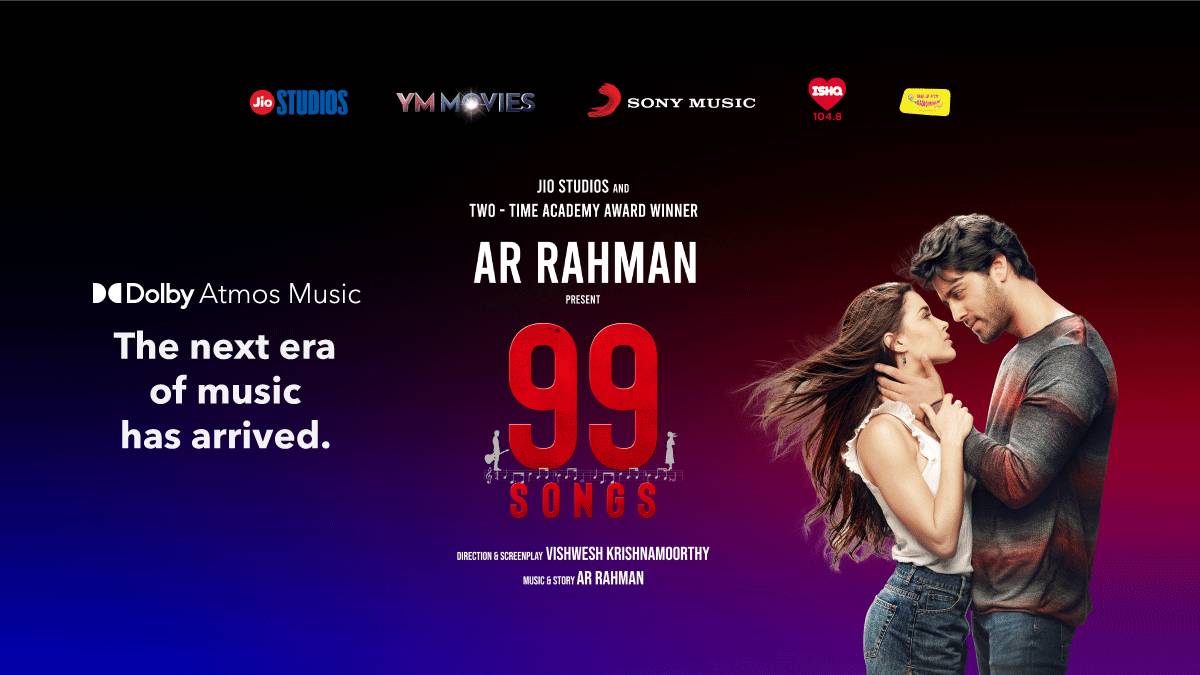 99 Songs (2021) under the direction of Vishwesh Krishnamoorthy, which points to the debut of A R Rahman as a writer and producer, is on Big Screens from today.

The lead male role is played by Ehan Bhat, who shortlisted among 750 members during the audition. A.R Rahman said that Ethan was trained in the knowledge of music for a year to submit his best in the film.

The female lead is handled by Edilsy Vargas, an American actress, model, and also producer. Also, the stars Aditya Seal, Lisa Ray, Manisha Koirala have traveled in the journey of 99 songs.

This film is releasing in three languages Hindi, Telugu, and Tamil, where  G.V Prakash has dubbed the male lead role in Tamil Version, and the female voice is dubbed by A. R Rahman's daughter Khatija Rehman.

99 Songs follows the journey of a youngster named Jay, whose life swaddles between his two treasures, music and love. The story speaks about the hurdles that he faces in his life.

His love for Sophie will be so deep, and he has the same depth to the music as well. It is an Indian musical romance drama where the viewers can get mesmerized with visuals and sounds at the same time.

This movie has 14 songs, and the basic language in this film is literally the music. The internal struggles are depicted externally with an amazing story, direction, and cinematography.

The movie grabs the attention of the viewers and makes them travel on the same track of music.

How jay meets Sophie and how music plays a major role in his life, whom he would choose when it comes to music and love, what bothered him in his family and how he tackled the hurdles will build the story.

And the Oscar Award winner A R Rahman said that this film has nothing to do with his personal life and this film doesn't project the scenes of his real life.

99 Songs (2021) is with great expectations among the public as it is a debut film for A R Rahman, and the genre is new to Tamil Industry as well.

The soundtracks have already taken trending #1 on Youtube, and the songs are in repeat mode in many youngster's playlists. 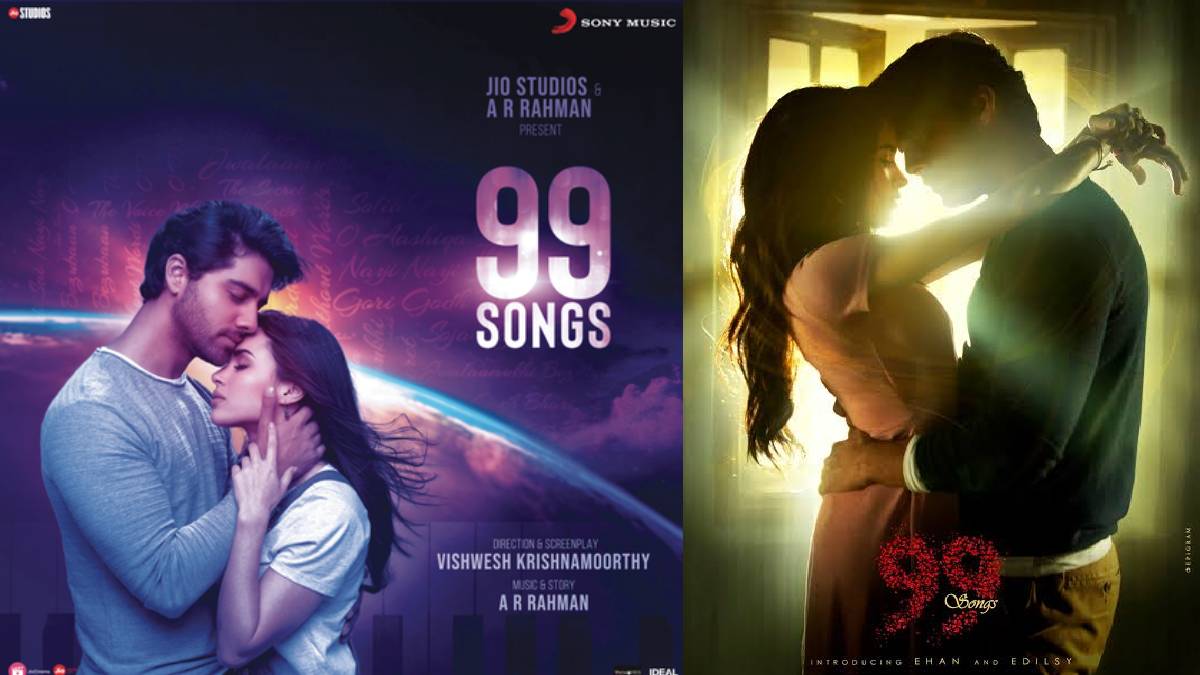 The movie can be enjoyed more with perfect sound on the big screen than the piracy platforms.