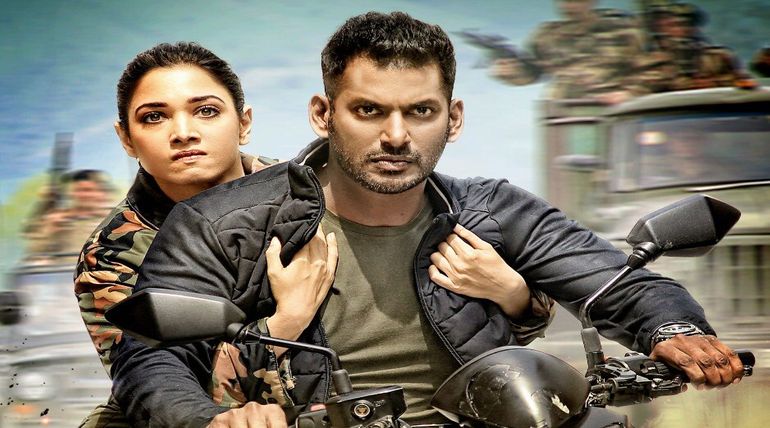 The spy action drama directed by Sudar C starring Vishal and Tamannaah Bhatia is set to be released on November 15 of 2019. Vishal finally seems stepped out from his political walks and seeing the silver screens after a while. Action follows Ayogya, which released in early 2019, marks the second film of Vishal for this year.

HipHop Tamizha scores the background for Action and also marks the second time with Sundar C and Vishal. Kabir Duhan Singh seems to play the antagonist role in this Tamil Spy movie.

The trailer of this movie has just got a huge view on Youtube. It was already apparent from the trailer that this movie is a complete action-packed with some signature action sequence of Vishal movies like flying cars.

As it is a spy movie, the director has chosen the European countries for its shoot, like there is no space in India for a spy movie. But the trailer Says it all that Vishal is an Indian Army official working on an international mission. So, there is no way to shoot it in India as background similarities won't work, and it will take a considerable amount for a foreign like VFX.

The cinematography of Dudlee has made a significant impact on the movie that can be witnessed in the trailer.