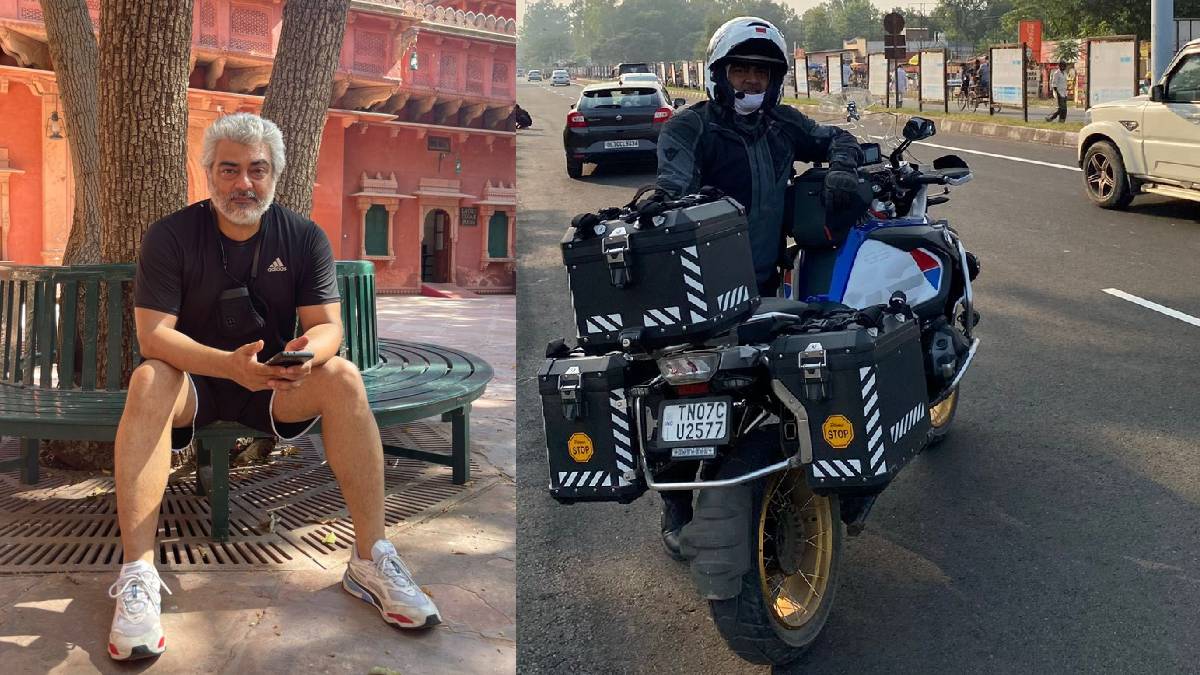 Actor Ajith's latest pictures with his bike near the India Pakistan border are going trending on the internet. After the wrap of Valimai, actor Ajith is living his passion with a bike suit and the wheels.

Recently actor Ajith's photos at the Wagah border was going viral on social media, and now the photos posted by Boney Kapoor is setting the media on fire. Actor Ajith looks so smart and cool as always in these photos.

Boney Kapoor tweeted, 'Nothing can stop him from living his passion and making his each dream come true. Universally Loved. #AjithKumar.' The comments, retweets and likes are engaging the tweet without a few seconds of break.

Within a few hours, that particular tweet received 27k likes and 9.8k retweets. The fabs are so excited to know the further updates of Thala Ajith. Until the next Valimai update, the photos and videos of actor Ajith are more enough for them to celebrate.

Nothing can stop him from living his passion and making his each dream come true. Universally Loved. #AjithKumar pic.twitter.com/vcynxZdkZ8