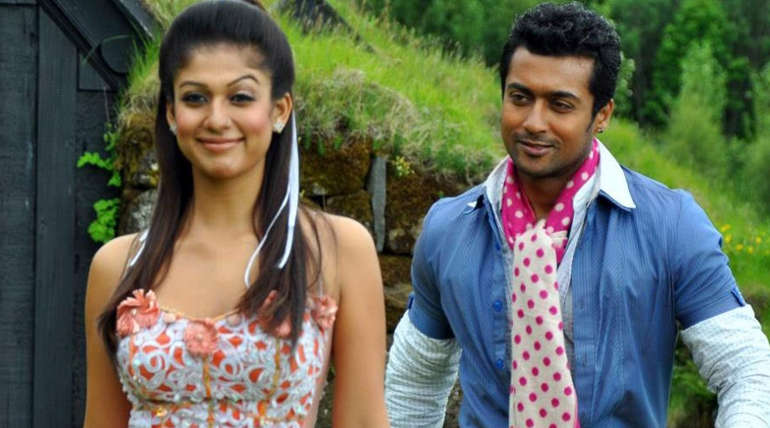 Suriya and Nayanthara Team up Again

A certain combination of heroes and heroines remain fresh always in the minds of the cinema audiences even after many years. One such is actor Suriya and actress Nayanthara combination.

In the year 2009 actor Suriya and actress Nayanthara came together as leading pair for the first time in a film titled â€˜Aadhavanâ€™ is well known. The film was directed by popular director K. S. Ravikumar and it had many actors like Vadivelu, Bharat Murali, Rahul Dev,

The film â€˜Aadhavanâ€™ got popular due to an important reason. Famous actress B. Saroja Devi who had romanced many heroes in the past acted in this film in an important role. The interesting information is previously in the year 1997 Saroja Devi acted in a Tamil film titled â€˜Once Moreâ€™ with actor Vijay and actor Sivaji Ganesan and after a long gap of 12 years  Saroja Devi acted in this Tamil film â€˜Aadhavanâ€™ and due to this there was a huge buzz when the film was released in 2009.

Film named â€˜Massu Engira Masilamaniâ€™ released in 2015 saw coming together of actor Suriya and actress Nayanthara for the second time. The film was directed by Venkat Prabhu and it had actors like Pranitha, Premgi Amaren, Parthibhan etc doing superbly. The film did remarkably and minted huge money.

It is now revealed that actor Suriya and actress Nayanthara would join hands together for a new film that would have Siva as the director. It is known that director Siva is a highly popular director in the Kollywood film industry with many successful films.

The information collected is this upcoming film of actor Suriya would have music of D. Imman and would be edited under the scissors of Ruben.