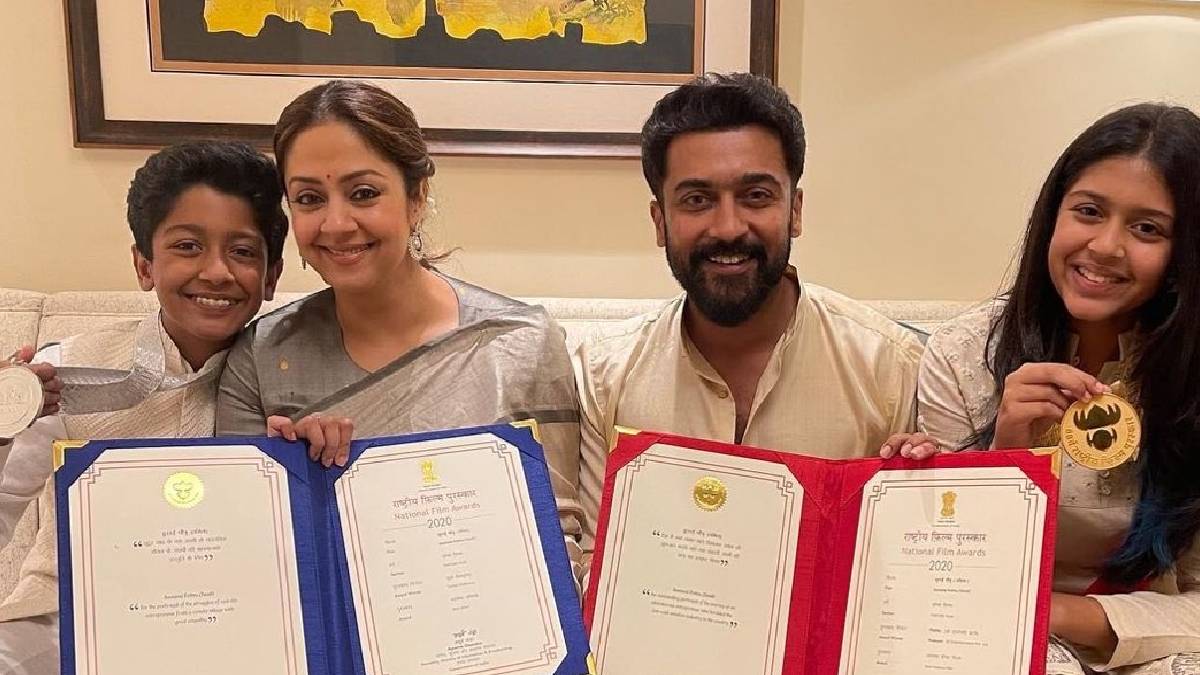 Actor Suriya And His Family

The 68th National Film Awards ceremony was held in Delhi today. President Draupadi Murmu attended the function and presented the awards. Along with her, Union Information and Broadcasting Minister Anurag Thakur, Union Minister of State L. Murugan, National Award selectors and others participated.

Also, film artists and actors from all over the country participated in the ceremony to receive the award. Many women bagged the National Award for 2020 on behalf of Tamil Nadu.