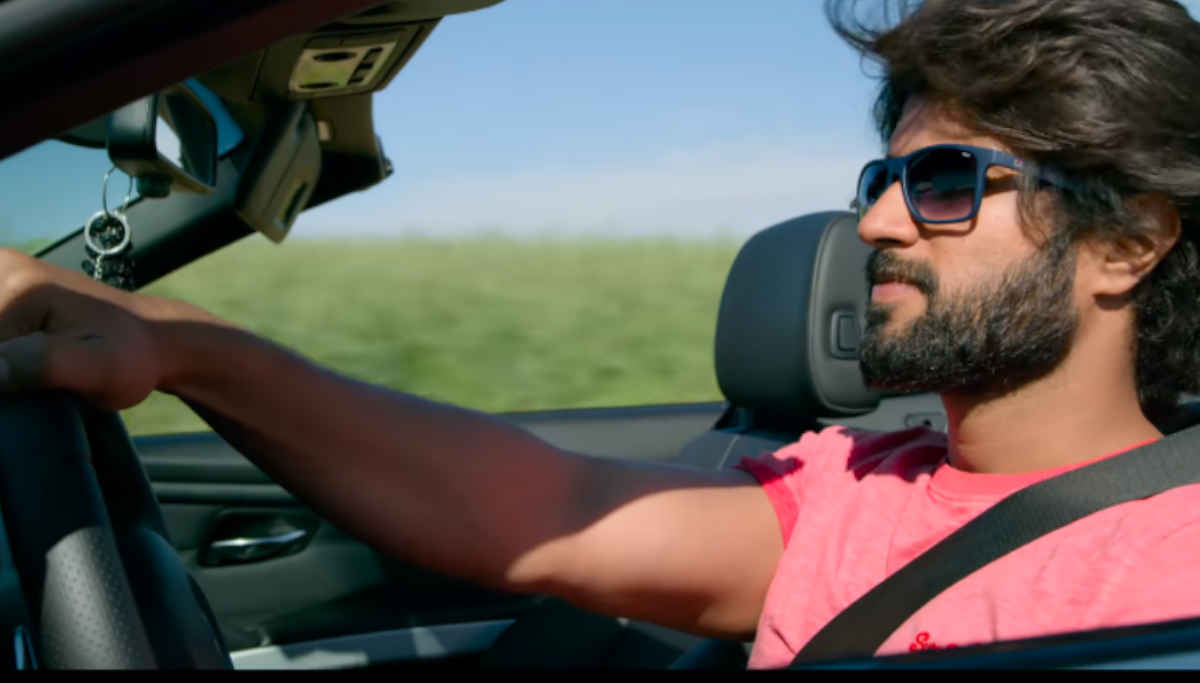 Rowdy man Vijay Devarakonda emerges as a lover boy this Friday for the Valentines' Day celebration coming weekend via World famous Lover. Nearing the release date within a few days, the team is all engaged in the post-production process in full swing.

Yes, following the teaser, trailer, and lyric video promotions, World Famous Lover sets its rage by releasing the "Comosava Paris" video song back before a few hours. The film being engrossed with the creative works relating to all three states of Tamil, Telugu, and Kerala. Malayalam music industry fame Gopi Sundar composes the songs for the World famous lover directed by Kranthi Madhav.

Comosava Paris video song released recently cast with only the hero-lover boy Devarakonda who enjoys life in every frame of the song intriguingly setting the audience eager to leap. The lyrics of the Comosava song tells us a good message to live our life fully since our life cannot be lived by others.

Every frame in the song is energizing with Vijay Devarakonda ruling most of the shot with his charm and essence acting. World-famous lover cinematographed by Jaya Krishna Gummadi is all set to release on February 14, where the team is in full swing with the release promos everywhere.

As the title depicts the love happening in all parts of the world, Vijay Devarakonda romances four heroines in four different locations of the world in four unique roles; thus, the plot proves it to be an anthology. With teaser less than a couple of minutes, World Famous lover Vijay Devarakonda avatars in varied forms expressing mixed emotions as mine-worker, husband, adventure freak, and an angry raptor. The trailer depicts Pyaar as a compromise, sacrifice, and divine with the romantic heroines pairing Arjun Reddy on the other side to express their love on February 14, 2020, all over the world landing on the right day.