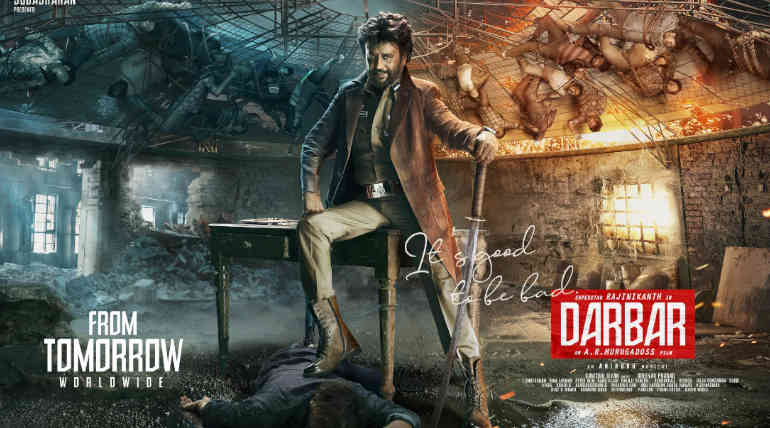 Darbar starring Rajinikanth is all set to hit the silver screens tomorrow despite the five days delay due to the legal issues in Malaysian production and release. Since the Madras High court ordered to release the movie all over except in Malaysia, A.R.Murugadoss's Darbar is geared to initiate the Pongal vacation to all his die-hard fans on 9th January 2020.

Darbar movie bankrolled by Subaskaran under the banner of Lyca Productions seems to hit more than 4000 plus screens abroad. Thalaivar darshans his Indian fans in almost 4000 and more silver screens in India.

One of the most anticipated films of the year, actor Rajinikanth's Darbar, is set to hit the screens tomorrow. This is Rajinikanth's first film with director AR Murugadoss, which has been high since its announcement. Rajini is playing a police officer after a long gap (25 years) in the role of Aditya Arunachalam. In this case, sources reveal that the film has grossed over Rs 200 crore before its pre-release(online booking).

The film stars Nayanthara opposite Rajinikanth as a romantic pair, Bollywood stars Sunil Shetty, and Pradhik Puppar shares the screens in Darbar in the lead roles. Amidst high expectations, the film is expected to gross over Rs 400 crore at the box office.