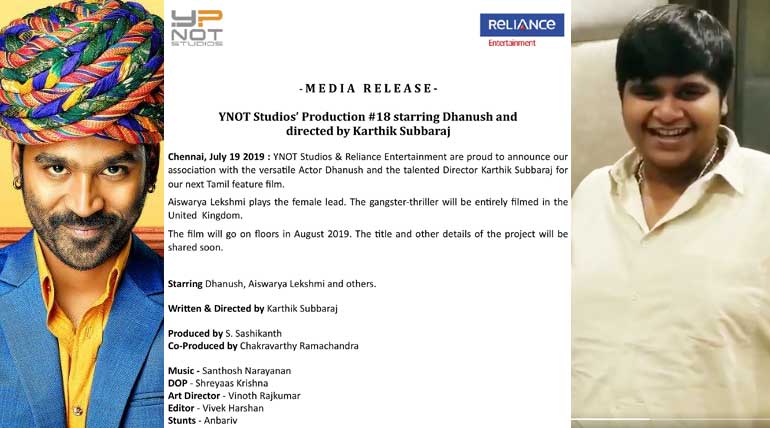 Dhanush Next UK based Gangster movie with Director Karthik Subbaraj

Dhanush and Karthick Subburaj fans were delighted today with the tweet of Subburaj. He has confirmed the shooting of his new film with Dhanush.

The shooting is to start from next month of August. The full film is to be shot in the UK. Subburaj attached a letter of YNot Studios, part of the Reliance Entertainment confirming the details.

Dhanush will be a proud son in law of Rajnikanth after being the next person of Karthick Subburaj to be selected for his film after his last movie Petta. It was a roaring hit with the combination of youth and talent.

Rajnikanth was highly praised for acting younger in that movie with Karthick. It brought the younger Rajnikanth of yesteryears on the screen. Now it is the turn of his son in law to be directed by Karthick.

Dhanush after the international fame and awards from Pakir will take the Karthick Subburaj film internationally. Ironically this new movie is set to be shot fully on the UK soil.

The man who changed the Tamil cinema and some even say Indian cinema with Pizza. The way the movie was brought on the screen and its mammoth success brought in a new generation of directors and actors.

The filming style changed according to the film market expectations. The movie with repeat audiences and running for days or months is no more the norm. And hence Subburaj was the front runner to change the Tamil films to that of Hollywood style.

His next move Jigarthanda was a much-acclaimed movie and was also a runaway hit not only in Tamil Nadu but also in America and world over. The filming style made the movie different from that of others.

His next film Iraivi though acclaimed by critics was not much successful. But then came the blockbuster with the superstar Rajnikanth acted Pettai. Now Dhanush is to take on the success of his father in law as the next hero of Karthick Subburaj. 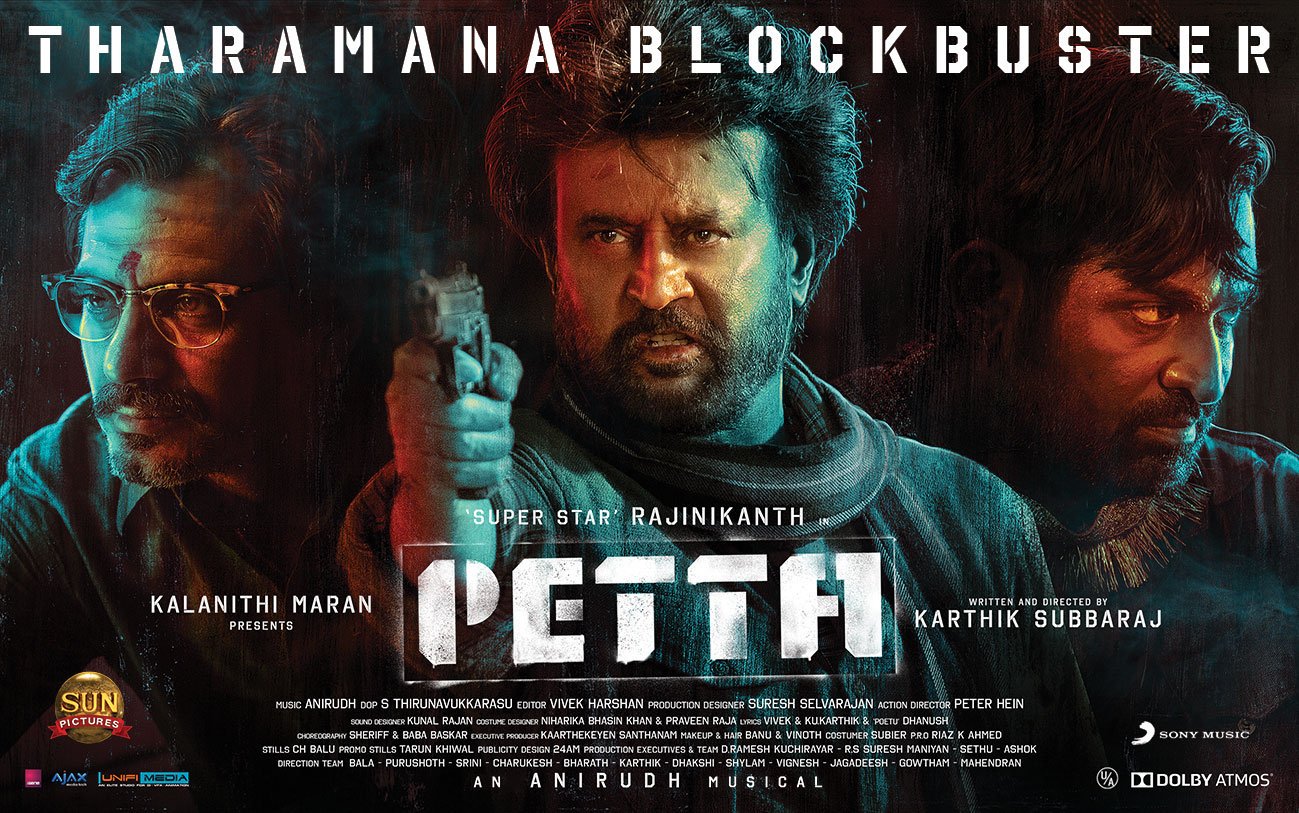 Started in the year 2010 with Tamil Padam with a different style of filming and with a new technical crew and a rookie cast helped it to be an established film producing house.

Backed by the Reliance group, With producers S.Sashikanth and co-producer Chakravarthy Ramachandra it has made many successful movies like Iruthi Sutru and Vikram Veda. They are set to hit another bulls eye with Karthick Subburaj and Dhanush.

Apart from the Dhanush and Karthick fans, the whole of the Tamil field and the Tamil people will await this movie. It may change the dynamics of Tamil cinema once again after Pizza.

Really excited and thrilled to make this very close to heart Script of mine into a Film and show it to you all..Need all your support as always ðŸ™