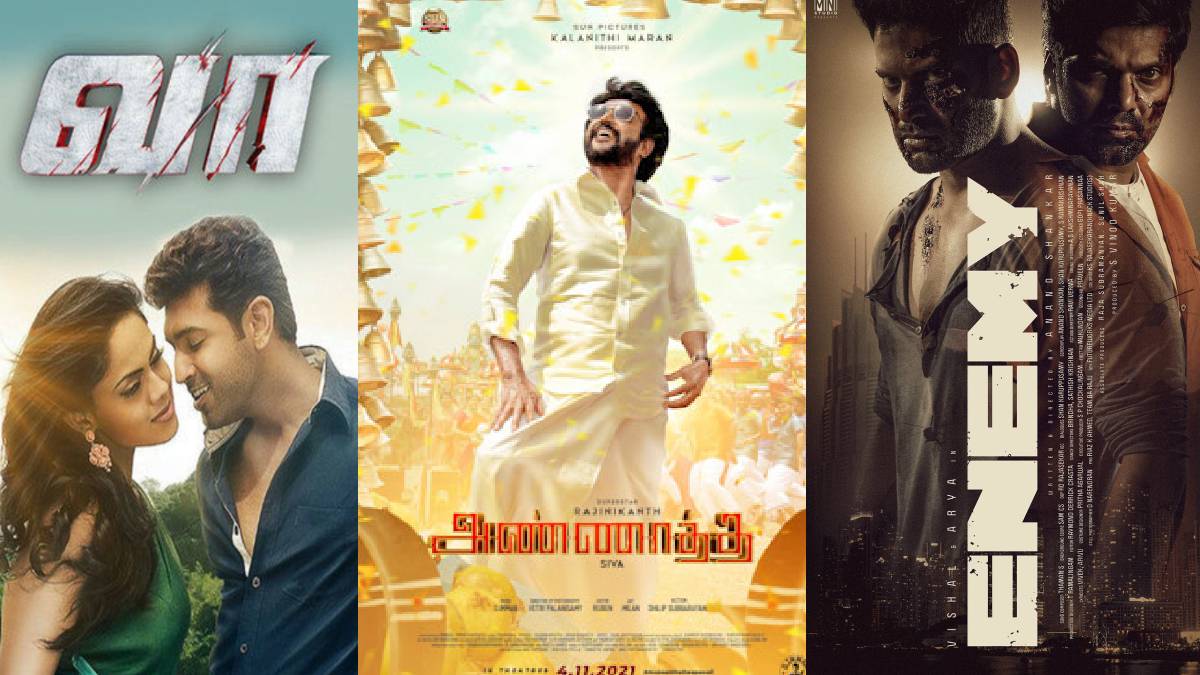 Diwali is approaching, and the Tami movies are almost prepared for theatrical and OTT release. The list of Tamil movies to be released for Diwali 2021 is less but still, the movies that are to be released are weight movies.

Maanaadu Tamil Movie released was the most expected film next to Annaatthe. Starring Silambarasan and directed by Venkat Prabhu with the music of Yuvan Shakar Raaja, the movie 'Maanaadu' was initially set for theatrical release. But later, the producer of Suresh Kamatchi announced the Maannaadu movie release was postponed. And so Maannaadu Tamil Movie will be released on November 25.

The peak talks are bouncing on the release of Superstar Rajinikanth's Annaatthe Tamil Movie starring many lead heroes and heroines. Annaatthe Tamil movie is a complete package of family, emotion, love, comedy and action. There is no limit to comedy and emotion in the film.

The Annaatthe Movie songs received a good response among the fans with the amazing music of D. Imman. The Annaatthe Tamil movie is directed by Siva with the producers Kalanithi Maran and Prasand Ramadas under the banners of Sun Pictures. Watch  Annaatthe Tamil Movie in theatres from November 4, 2021.

Thaman has brought the music well in the movie, and the songs Pathala and Tum Tum is going viral on social media. 'Tum Tum' song is still trending on the internet with reels. The fans are very excited to see the second combo of Vishal and Arya next to Avan Ivan.

The third movie that is set for theatrical release on November 4 is Vaa Deal, starring Arun Vijay. This movie was written and directed by Rathina Shiva. Thaman has handled the music with the cinematography of  Gopi Jagadeeswaran.

Vaa Deal is an action Tamil movie that must be released in December 2015, but due to financial issues, the movie release was delayed, and now the Tamil movie will be released in November in Theatres. Tamil movies Jai Bhim and MGR Magan are prepared for OTT release on November 4 on the occasion of Diwali 2021.