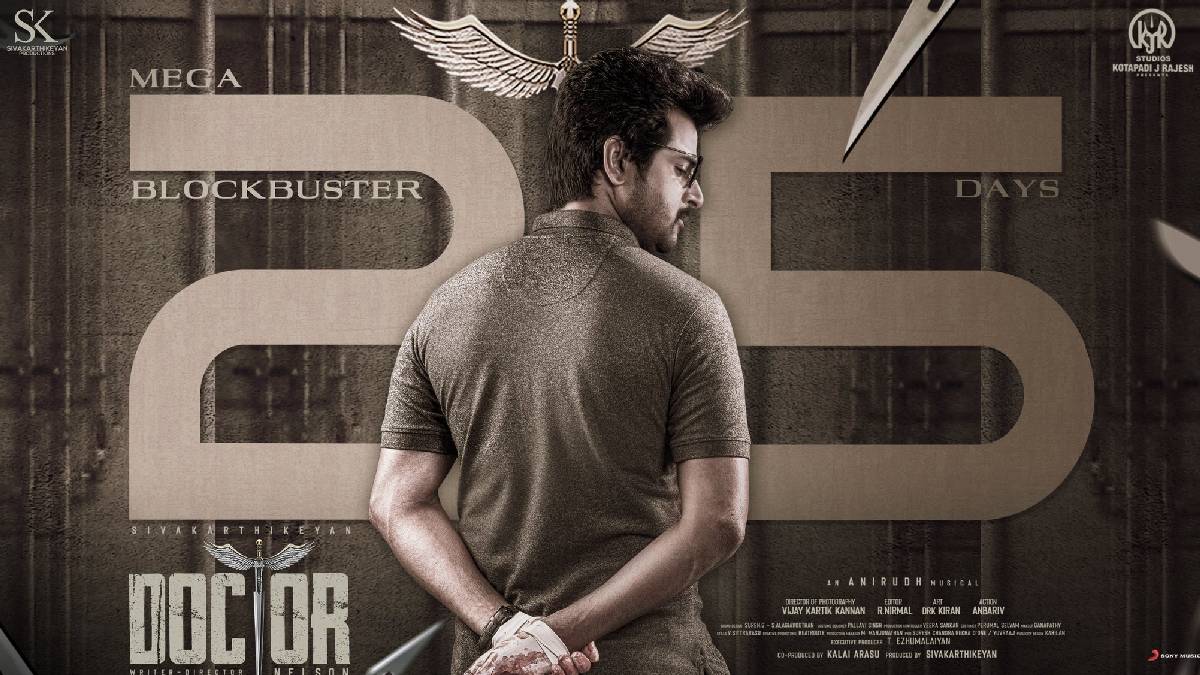 The film crew has officially announced that the theatrical gross of 'Doctor' has crossed Rs 100 crore. Hashtag #DOCTORHits100Crs #MegaBlockBusterDOCTOR are trending on Twitter.

The movie 'Doctor' has been very well received, and the collection record is expected. 'Remo' is the highest-grossing film starring Sivakarthikeyan in Tamil Nadu, but Doctor moving has exceeded that. The doctor is a huge success for the movie team.

There are many positives to the movie, especially the storyline and well-worked comedies. All the characters have done justice to the roles. On the first day itself, the movie got a huge response with amazing comments. The following days too, had a good crowd in theatres. The songs were also a good hit.

KJR has officially announced that the theatrical gross of 'Doctor' has now crossed Rs 100 crore. The KJR Studios has tweeted, 'Entering the 25th Day with a bang! Your favourite entertainer, the #DOCTOR, joins the 100 crores club. Smiling face with heart-shaped eyes. Thank you for the overwhelming support and love. You made this happen. Heart suit #DOCTORHits100Crs#MegaBlockBusterDOCTOR @Siva_Kartikeyan @Nelsondilpkumar @anirudhofficial  @SKProdOffl.'

Entering the 25th Day with a bang! Your favourite entertainer #DOCTOR joins the 100 crore club?