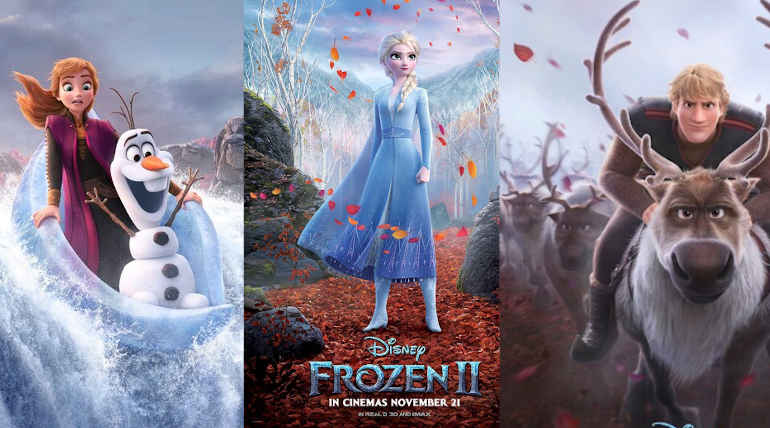 Making a sequel to a film that collected a whopping 1.27 billion dollars is not an easy task. But with the same crew, Frozen II has made it nearly possible. Though not as enchanting as the Frozen I released six years back and without the same musical, Frozen II released today is only a few steps below it. Disney made the biggest animated picture ever with Frozen I and could nearly expect the same with its sequel Frozen II.

One of the best things about Frozen II is Josh Gad's Olaf getting the hilarious lines. His stupidity and laughter are infectious as it was before. There are a lot of fun bits, the not so good return of catchy songs, but the mind-blowing beautiful visuals will charm fantasy lovers. The film needs to be watched on the big screen to enjoy the full potential of the movie. This sequel will also give the combo feeling of intrigue, familiarity, and heart.

The storyline of Frozen II has no solving relationships and personality issues to address like its 2013 first one. It revolves around Elsa, hearing crazy voices, and going after it to find out what it is. It brings the peril back to the kingdom; even her icy powers could not control. With sister Anna on her side, Anna's lover Kristoff and snowman Olaf get divided into groups to find the truth. It is better to watch and enjoy the remaining movie on the big screen.

Overall, Frozen II excites like the previous one. Disney never failed to take such sequels to keep the charm of old memories glued together in the hearts.