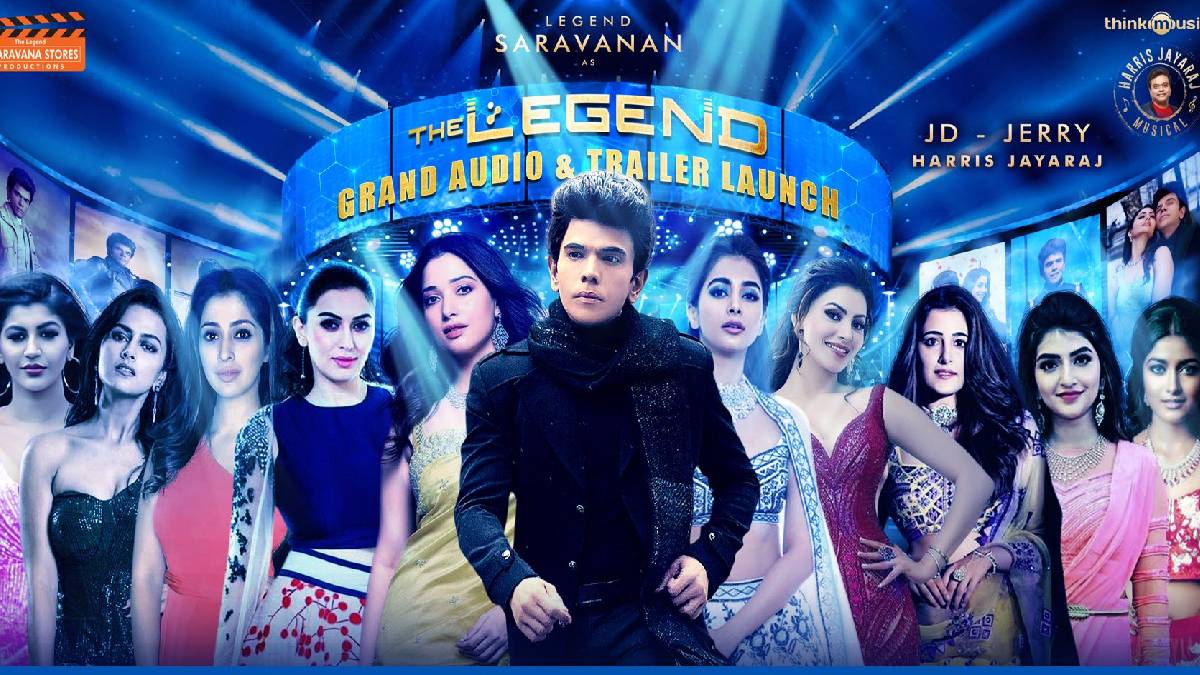 The music release ceremony of the movie 'The Legend' starring Legend Saravanan is to be held tomorrow at the Jawaharlal Nehru Indoor Stadium at 6 pm in Chennai. The details regarding the ceremony are announced.

'The Legend' movie starring Legend Saravanan will be released soon. Tamil movie fans are so excited to know the updates on this movie. The first and second single songs from the Legend movie have already been released. The viewers have well received the songs.

Accordingly, a grand ceremony will be held tomorrow to release the music and trailer of the movie 'The Legend'. The movie will be released in Tamil, Telugu, Hindi, Kannada and Malayalam. Accordingly, the film crew has invited the pan Indian heroines to the song release.

It has been announced that Pooja Hegde, Tamannaah, Shraddha Srinath, Hansika, Yashika Aannand, Dimple Hayathi, Nupur Sanon, Sreeleela, Bollywood actress Urvashi Rautela, and Raai Laxmi will be in attending the grand event which will be held on the 29th at 6 pm at the Chennai Nehru Indoor Stadium. The Legend movie is directed by the duo JD-Jery, and the music is composed by popular composer Harris Jayaraj.