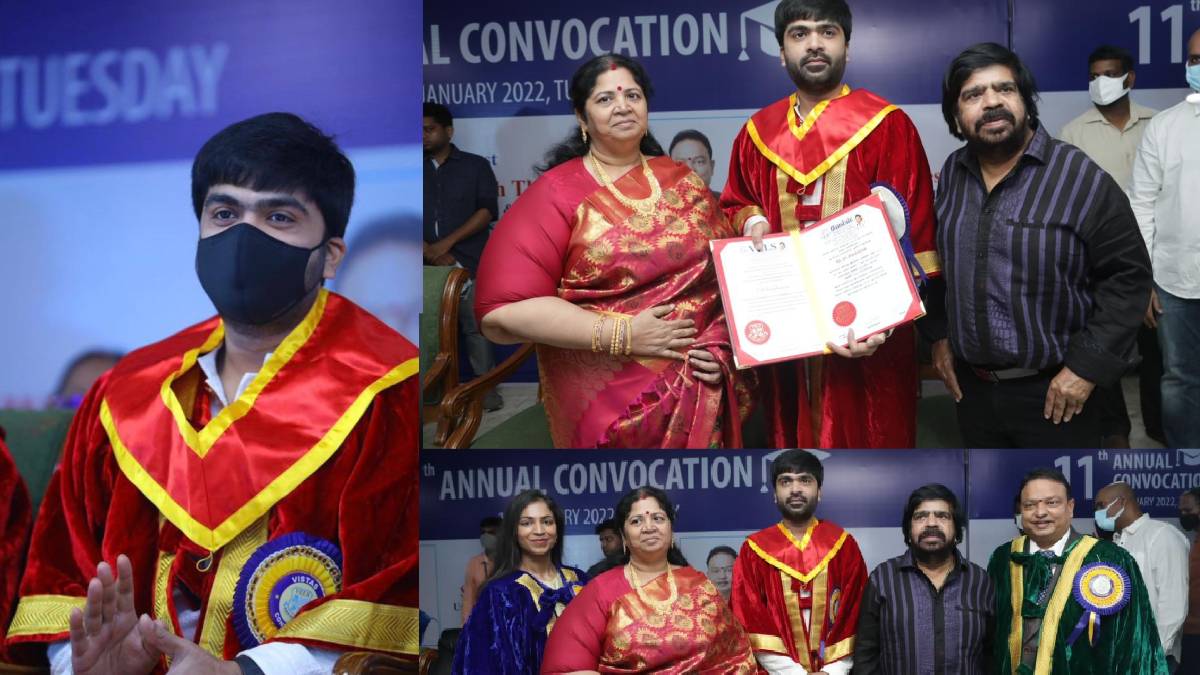 Simbu, a Kollywood actor, has been awarded a "Doctorate" from Vels University for "distinguished excellence in the field of cinema." On social media, a few photographs of the actor dressed up for the doctoral ceremony have surfaced. On social media, STR's fans are showering him with congratulatory words.

Simbu came to the screen as a child star. After growing up, he took many incarnations as an actor, director, and singer. He was admired more by the youngsters for his acting. Most of his movies were blockbuster hit and was well received by the audience. At the same time, a few of his recent movies were dropping down and was not that entertaining,

Those films disappointed Simbu fans, and for that, Simbu gave a massive comeback with his very recent movie Maanaadu, directed by Venkat Prabu with the music of Yuvan Shankar Raja. This movie was well-received by a massive number of fans all over.

The University of Wales has conferred an honorary doctorate in recognition of Simbu's contribution to the field of cinema at a time when his career is picking up again. The photos taken during the graduation ceremony have been released to the delight of the fans. Tears of joy came to the fans who saw Simbu in the photos. It is to note that MG Ramachandran, Sivaji Ganesan, Kamal Haasan, Vijay, and Vikram, among others, were previously awarded doctorates.

Simbu is starring in Gautham Menon's Vendhu Thanindhathu Kaadu, and the shooting photos went viral on social media. He will next be seen in Pathu Thala and Corona Kumar.