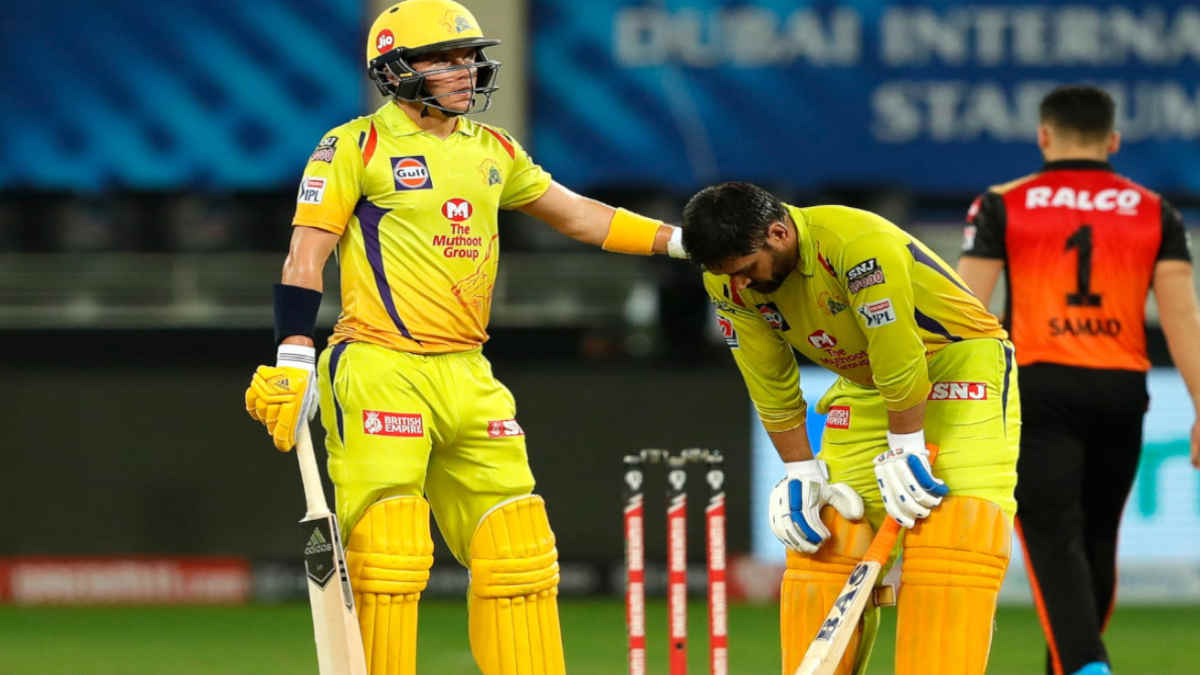 Dhoni was seen grappling in the heat of Dubai

Sunrises Hyderabad beat Chennai Super Kings by 7 runs in Dubai. SRH won the toss and chose to bat. Dhoni was unbeaten on 47 tried to reach the target. The third loss in a row made CSK fans to lose hope in Chennai.

The First wicket was down by Deepak Chahar in the very first over. Manish Pandey was removed by cross-seam delivery from Shardul Thakur. The 10th over by Chawla has dismissed David Warner and Kane Williamson in subsequent balls. With the four wickets down, SRH strived to set a decent score to chase.

Former India U-19 captains Priyam Garg (51) and Abhishek Sharma's (31) partnership gained 77 runs to push the team towards 146 runs, was the deciding factor in the game. Dhoni's catch dismissed Abhishek. Priyam Garg delivered an unbeaten 51 to set 165 as a target for CSK.

Chennai got off to an unfavorable start with Watson's wicket by Bhuvanesh Kumar scoring 1 run for six balls.  At the end of 5rh over CSK  scored 36 runs for 3. Dhoni hit the field and started his innings most gradually. Jadeja struck his first T20 fifty to get the game deep.

Dhoni persisted unbeaten on 47 leds CSK could score 157/5. Deepak Chahar plucked 2 wickets for CSK. T Natarajan remained the highest wicket-taker(2/43) for the Hyderabad team. In contrast, Bhuvneshwar Kumar and Abdul Samad removed 1 wicket each.  SRH is at the fourth spot in the points table by two wins for four matches.

MS Dhoni(47) and Ravindra Jadeja(50) battled a tough clash Yesterday. Dhoni was seen grappling in the heat of Dubai. Let's hope he will get ready for Sunday's game. Slow start, poor fielding, and lack of a decent finish were the disadvantage of the team.

The continuous loss made fans to miss Raina in the top order. But they have to move up before other teams obtain an impregnable position. The yellow army lost three matches in four. As a result, the three-time champion is twirling at the last spot.