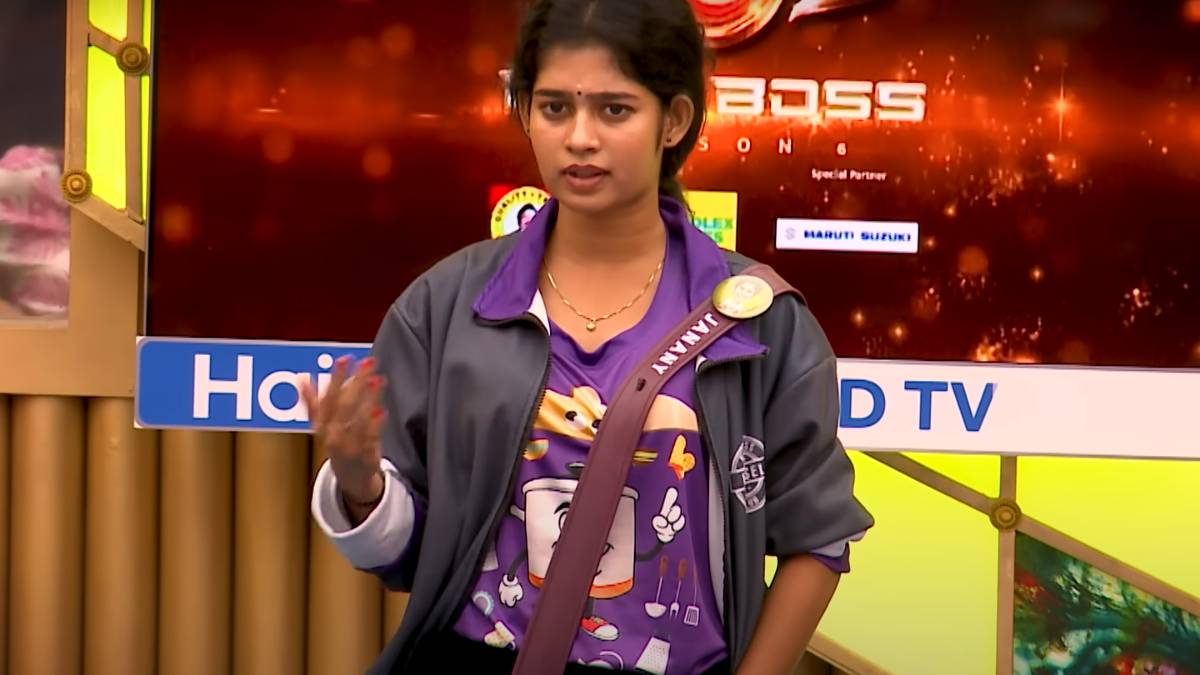 In today's promo of Bigg Boss 6, Janani speaking in support of GP Muthu has been well received by the fans. Janani's points are valid and are agreed upon by the viewers.

In yesterday's episode, Dhanalakshmi accused GP Muthu of disrespecting and not only that, she said he was acting. Janani has spoken about it in the first promo today.

Janani is speaking in front of all the contestants about the swap. In that, our team did not know who did the witchcraft. GP Muthu spoke up for his age; he would be like a father to us.

If he is angry at a place, we have to be patient. Janani looks at Dhanalakshmi and says, I will swap you. I don't like how you behaved. What he said was right. Immediately, Dhanalakshmi got up from the place, left quickly, went to the sofa, and sat alone crying, "Bigg boss should not have come in" and crying.

Janani also mentioned that it's not a reel to have persons in the same age group. This was misinterpreted by Dhanalakshmi, which turned out to be another problem.