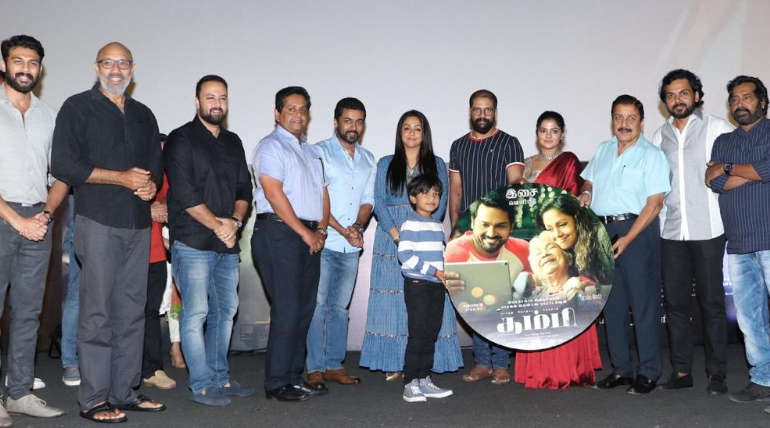 'Thambi is my sentiment'-Jyothika brokes out in tears, and Sathyaraj makes fun at Thambi audio launch.

Thambi is purely a family film casting Jyothika, Karthi, and Sathyaraj in the lead roles bankrolled by Jo's brother Suraj Parallel minds. Jyothika brokes out emotionally at the Thambi audio launch clearing that Jeethu Joseph's Thambi, not a film; It's a sentiment of my two brothers (Karthi and Suraj) craft.

Jyothika adds that its a delight to work with Jeethu Joseph and his family in the Thambi sets. Karthi proffers equal space to all his characters in the film, and I felt it now in Thambi after acting Chandramukhi with Superstar Rajinikanth. Sathyaraj and Govind Vasantha always seize the silver screen with their performance and scores as usual in Thambi, Joe laughs. The hit film cinematographer R.D.Rajasekhar lights up the family delight, and Joe grieves happily for his DOP in her Thambi film.

Sathyaraj speaks with his usual comic, stating that the character Jeethu Joseph gave was not so much the usual daddy character but had novelty with many dimensions. So after Kattappa in 'Baahubali,' a 'Thambi' father role will be word of mouth, adding that he got a satisfying character.

Sathyaraj wholeheartedly opens up that "Sivakumar family scared me in every way. I had no belief in God, but after watching Jyothika's role in Chandramukhi, I got scared to sleep alone, revealing that the Sivakumar family has all-rounders".

At the audio release ceremony, Nikhila Vimal tells about the Tamil cinema come back after two years via Thambi. Though its a small part of the family film, sharing screen space with Jyothika and Karthi made my career.

Lokesh Kanagaraj's Kaithi jailed many audiences after Kaithi's roaring Diwali in theatres. Karthi reveals about the Kaithi 2 planning at the Thambi audio release.

Thambi song "Hello Sarre" seems shot in Goa and Karthi stuns stylishly in Thambi by stylist Poornima after the Lungi look in Kaithi. 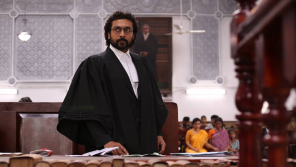