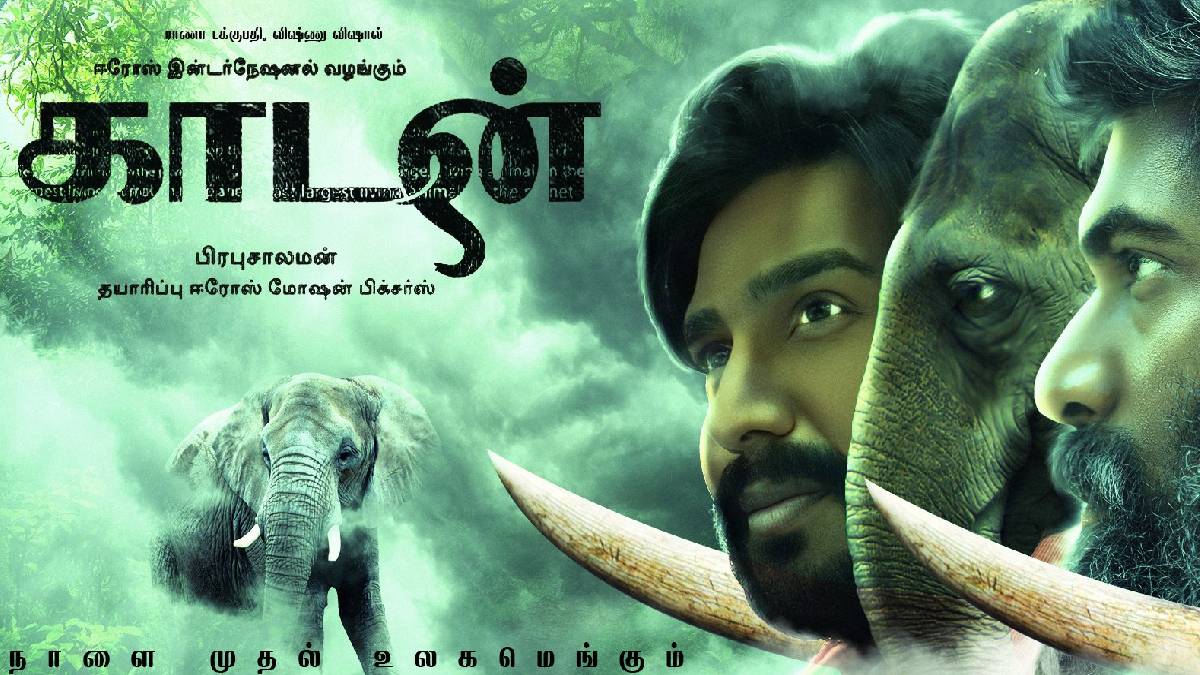 Kaadan movie tickets are in bookings are open now as the movie is set to release tomorrow.

Prabhu Solomon movies will always be special ones covering animals and nature circled in the forest. The cinematography will be the undeniable one when it comes to his direction.

The success of those films arose the curiosity to live life visually in the theatre soon. The movie not only concentres on visuals but also gives a meaningful message to the viewers.

The love story will begin an unexpected sequence while runs simultaneously with the main plot.

The recent tweet of Vishnu Vishal about his experience with the elephant Unni is going viral.

And the day is yet to come to enjoy the wild with elephants and nature in the movie Kaadan (2021) from tomorrow.

When Unni and I completely started trusting each other, the perfect jump happened ??

More of my lovely experience working on #Kaadan and #Aranya..