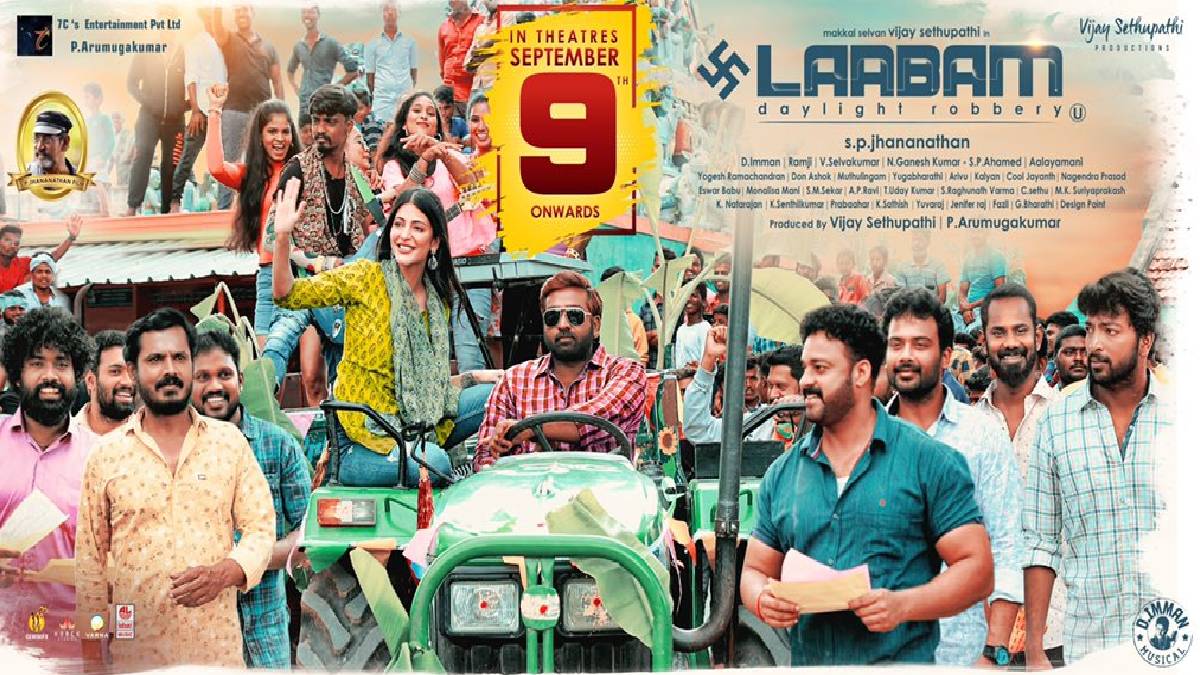 Director S. P. Jananathan's last movie Laabam is set for its grand release on September 9, and the film crew is sure about the theatrical release. This film is wrapped in emotion as it is the last film written and directed by S. P. Jananathan.

This upcoming movie Laabam is a political thriller film starring Vijay Sethupathi, Shruti Haasan in the lead roles. This movie was the top topic during the death of S. P. Jananathan as he died during the editing process of this film Laabam.

Laabam is produced by P. ArumugaKumar, and  Vijay Sethupathi under the banners of Vijay Sethupathi Productions and 7Cs Entertainment Pvt Ltd. After Rummy, Rekka and Karuppan Vijay Sethupathi merges with D.Imman for energetic music in this film. The audio rights were acquired by Lahari Music Cinematography credit goes to Ramji, and Anthony does the edit.

Yaamili Yaamiliya, a lyric song from this film, grabbed the attention as it was the update that was released by the Laabam crew when the fans were expecting in the absence of Director S. P. Jananathan. And now the film is scheduled for its release on September 9 in theatres.