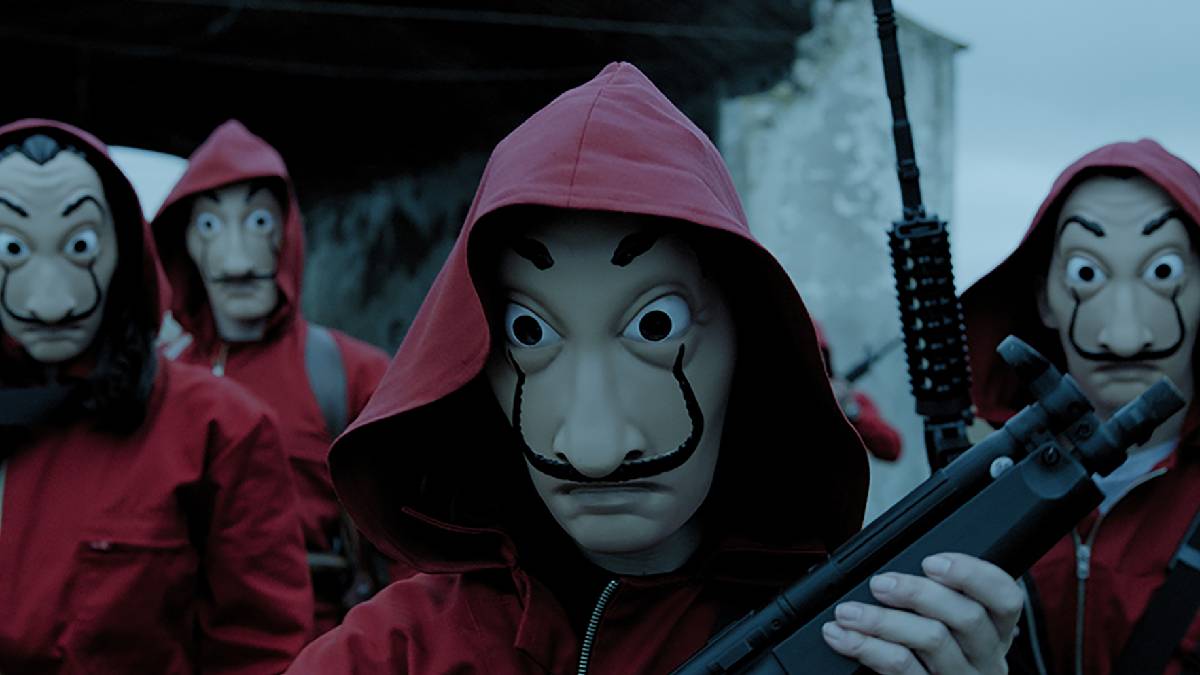 Netflix has released the teaser of Money Heist Season 5 with the most awaited announcement on the season release date. The final season fires bombs with two volumes; the first volume is set to release on September 3, and the other volume pops on December 3.

The thirst for the Money Heist Season 5 cannot be expressed through words because of the curiosity and expectations that the earlier season gave to the viewers. The brilliance given to the role of the Professor role cannot be said in a single word.

The excellent credit cannot be given to a few characters in Money Heist because every individual has excelled in their part with a stunning act on screen. The fierce actions of the heist members are vibrant and roaring.

This season is expected to break the silence of Netflix. The teaser has come out very well with slow-motion fires and arms. The heist team is united to gather victory even after realizing that they don't have an escape.

The heist was enormous, and the reflections will also be extensive. The misunderstandings, clashes, deaths of heist members are unforgettable in the early seasons.The role of Nairobi and the end of her was the hardest part for most of the money Heist season fans.

The way Tokyo gets trapped by the cops because of Berlin and how she gets back to the Royal Mint is an absolutely astonishing scene. There are many scenes that can be listed out in the earlier seasons of Money Heist, and it is happy to know that many more scenes are yet to be remarkable in the final season.

The teaser is content to see the heist squad being organized and unitedly fighting for their reason and trusting the professor and his ideas. The cops occupy the bank, and the heist squad through bullets with their arm guns and manes the scene picture perfect.

Many questions are arising in the minds like, Will the heist members will get trapped by the cops, or will they be saved again by the professor's mastermind. The situation inside the Royal Mint is very critical than expected, with the sound of firing guns, screams, and tears.

Few more months to go to watch the Money Heist Season 5 and the final season, where the robbery turned out to be a War. With no piece of clue, the teaser is out arising curiosity and expectation. At the same time, the teaser is celebrated worldwide with a vast hit of views.