Moothon Movie Review: A Harsh Path to a Self-Discovery 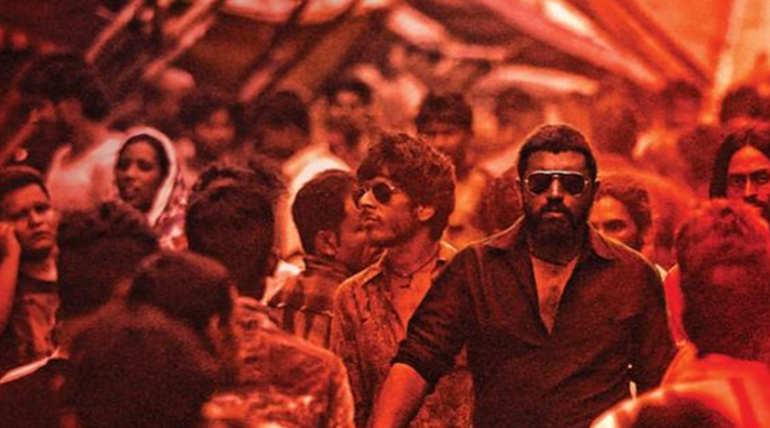 Moothon Movie Review: A Harsh Path to a Self-Discovery

Liar's Dice was a phenomenal slap on the society; And, Geetu Mohandas came up with yet another searching story to slap it again. Moothon, the Elder One, talks about the dark side of Mumbai from a different angle. So, it is definitely not just a searching story like Liar's Dice.

The movie starts from Lakshadweep Island with calmness and walks through the roughest paths of Mumbai's Kamathipura. Mulla, a young girl, escapes from the island to Mumbai in search of her Elder brother. One can see the transition between the Lakshadweep part and the Mumbai part portraying a different kind of situation in survival.

Coming back to Mulla, the young teenager ends up with a sex worker (Sobhita Dhulipala) at Kamathipura of Mumbai while in search of her Elder One, and dirt of Mumbai. Later abducted by 'Bhai or Akbar'(Nivin Pauly) and his hunky sidekick Shashank Arora.

Roshan Mathew comes into the story as an important character during the flashback scene that explains how Akbar, a charming young man, turns to be a raged gangster (Bhai) to wander in the streets of Mumbai.

Moothon is such a story that talks about self-discovery and harsh waves from an unethical society towards a teenager. The movie strongly portrayed how a gentle breeze from an irresponsible society could feel like a code orange tornado for a teenager.

There is an assurance that you will never see the familiar Nivin Pauly in this movie.