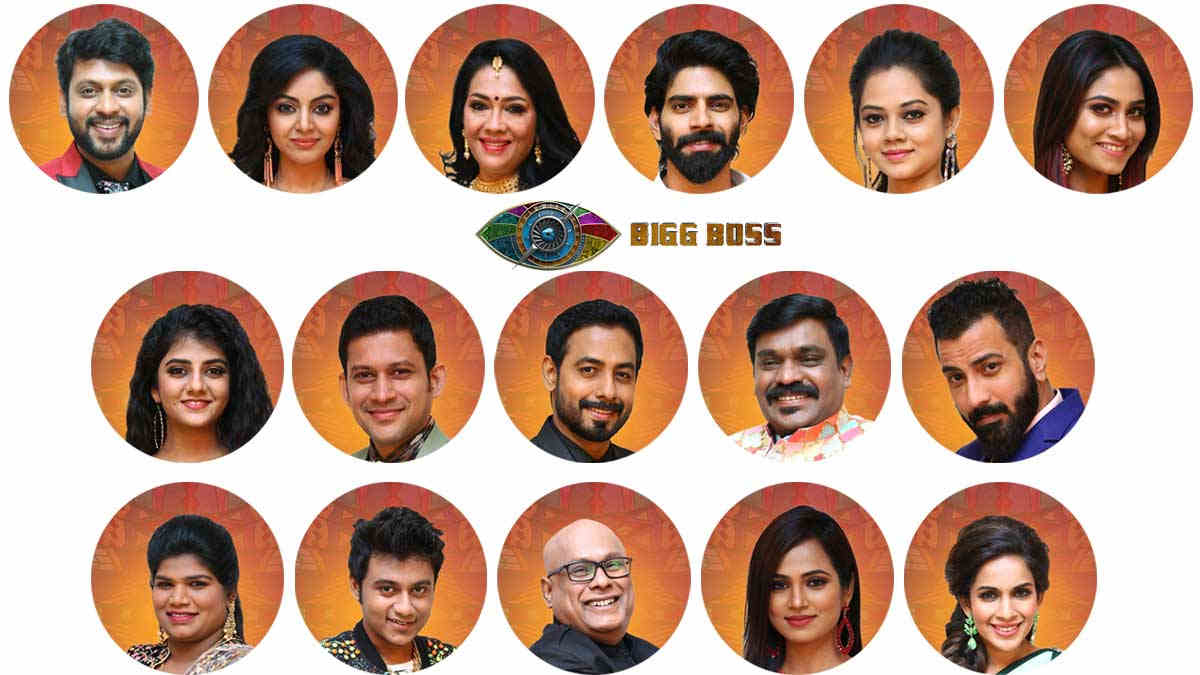 Kamal Haasan is back with a bang for the much-awaited premiere of Bigg Boss Tamil season 4 yesterday, October 4.  For six long hours from 6 pm until midnight, millions of viewers glued to the Vijay TV speaks volumes of this most popular game show.

And it also proved to be more enjoyable with the right mix of contestants from famous actors to popular YouTubers and others. From Aranthangi Nisha to Suresh Chakravarthy, there are surprise contestants.  And to add glitz and glamour, the list is long from Shivani to Gabriella.

For muscle and masculinity, there are Jithen Ramesh to Mr. International Balaji Murugadoss. The new normal digital Bigg Boss Tamil season 4 kick-started with fun and frolic to entertain Tamil people for the next 106 days.

Though the contestants were from many walks of life,  the big miss this time is the overseas contestants due to the COVID 19 issues. It could be a big blow to the show for not much of Tamil audience in many parts of the world. But still, with Ulaganayagan hosting the show at his best, anything is possible. Here are the details of the 16 contestants participating in the Bigg Boss Tamil 4 to be the talk of the Tamil world in the next three to four months.

Kadalora Kavithaigal Jennifer teacher, after acting in more than 100 films and many TV serials, is back as one of the three senior contestants.

The multi-faceted now a famous YouTuber and the second senior in the bigg boss house may bring some surprises.

Famous folk and playback singer may entertain the other contestants and the audience with continuously singing songs for good or bad occasions in the bigg boss Tamil 4 house.

Born with a silver spoon to famous producer R B Chowdhary, Ramesh is also a renowned actor now one of the popular contestants.

The top-most standup comedian with her timely jokes may be the game-changer for this season 4 of the Bigg Boss game show.

Princess Rudhra of Chandramuki serial fame, also a model and an entrepreneur, will be an interesting contestant.

The former ex-girlfriend of bigg boss three fame Tharshan being an actor, the model could be one of the severe contestants in season 4.

A famous newsreader and a Tamil enthusiast seem to be another contestant to be strong contenders for the title.

Two Guinness record holder for the maximum number of signatures on whiteboard and maximum transplanting of saplings is also a famous actor, model, body sculptor among others.

Malliga of Joker movie is an engineering graduate turned model, actor, host, and many others to become one of the main contestants in bigg boss Tamil 4.

Super Singer winner, with his mesmerizing songs, could change the bigg boss Tamil 4 house atmosphere along with his pleasant appearance and good manners.

Winner of many medals in MMA or mixed martial arts is also an actor and model to try his luck in bigg boss Tamil 4 house.

Mr.International of 2018 and a fitness freak with six-packs could be the Tharshan of bigg boss 4.

A famous child actor and now a good dancer wants to break her image by entering the Bigg boss's season.

Her more than two million Instagram followers have to wait for another 106 days to see her videos and photoshoots daily at 4 pm. Being one of the youngest contestants, she has got all the potential to form the Shivani army for the Tamil Bigg Boss season 4 soon.

From today at 9:30 pm, it is again big boss time for the seven crore Tamil people worldwide to temporarily forget their worries and take sides for the contestants until Pongal in January 2021.