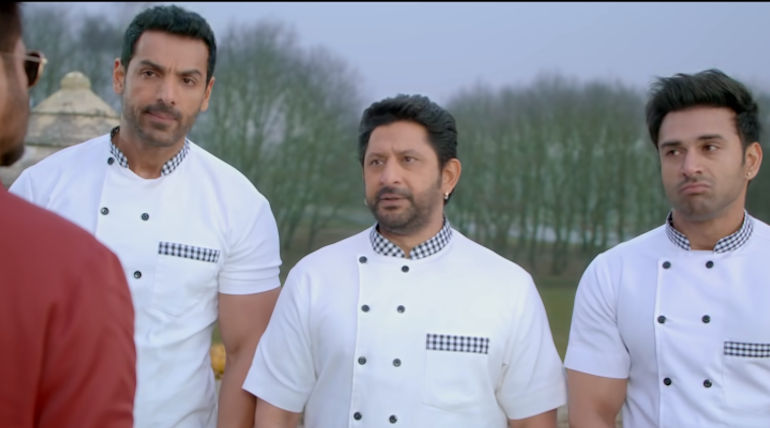 The fun-tastic week is all ready to hit the screens this November 22 with Pagalpanti. Bankrolled by the youtube fame banner T-series Pagalpanti circles as a comedy commercial directed by Anees Bazmee starring Anil Kapoor and John Ibrahim in the lead funs. This movie is expected to clock Rs. 9-10 crores on its opening weekend.

Pagalpanti touts high in Bollywood to hit 2000 silver screens expecting a memorable opening in its first-day collection. Mumbai Film traders predict that Pagalpanti seems to be a clear parody hoping to gross double digits in the start with guaranteed fun in theatres.

Panorama Studios Pagalpanti is all ready to spread madness this weekend, and the love birds star Pulkit Samrat and Kriti Kharbhanda started promoting their funfilled drama stylishly. The couple is back in comedy flick Pagalpanti after filming together in Veerey Ki Wedding.

Pagalpanti music bangs up multiple compositions by Yo yo Honey Singh, Sajid-Wajid, Tanishck Bagchi, and Nayeem-Shabir with four songs twirling the playlists. Tum Par Hum Hai Aatke is a remake album from the old movie Pyaar Kya To Darna Kya. The rest of the songs are weird, with the entire crew dancing the tunes energetically.

Pagalpanti is the story of three life-losers fooling gangsters to become rich along with their girlfriends. Though Bala and Marjaavaan run successfully in theatres, sources reveal that Pagalpanti comedy-drama will set its space in Indian Cinema to witness the biggest laughing riot in the nation.