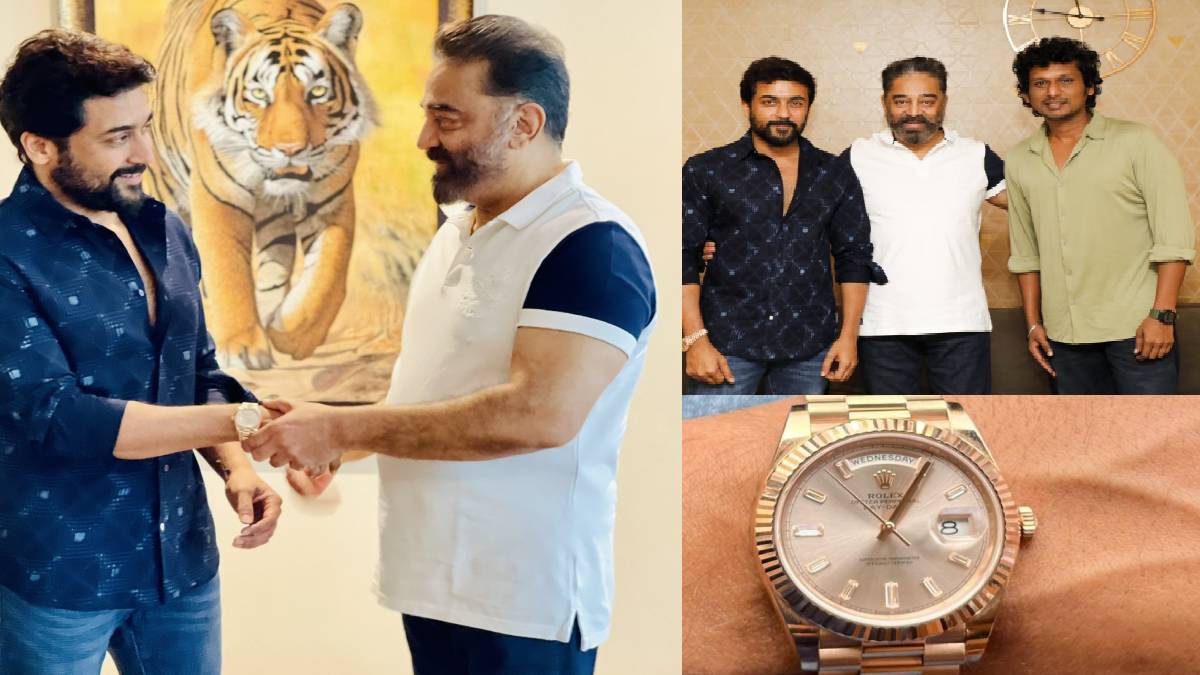 Actor Kamal Haasan has gifted a Rolex watch to actor Surya. Actor Surya played the main role of Rolex in the recently released Vikram film. Although he came in a particular scene for a few minutes, his role was very strong.

Directed by Lokesh Kanagaraj Vikram, starring Kamal Haasan, Vijay Sethupathi and Fahad Fazil was released on June 3. Vikram has so far collected around Rs 200 crore globally. Kamal Haasan has started celebrating the success of the film with the crew as the film has been well received by the people.

As part of this, Kamal Haasan gifted a luxury car, Lexus, to director Lokesh Kanagaraj. He subsequently gifted  TVS Apache RTR 160 bikes to 13 assistant directors of this film. In this regard, the actor Surya has now received a Rolex watch as a gift from actor Kamal Haasan. Surya has shared this moment on the social media page. The gifted watch is said to be the Rolex Day-Date 40 Rose Gold President model and its price is around Rs 62 lakh.

Surya starred in the film for a few minutes in a major role. The name of the character he played was Rolex. When director Lokesh Kanagaraj shared these pictures, he captioned them "Vikram Meets Rolex".

A moment like this makes life beautiful! Thank you Anna for your #Rolex! @ikamalhaasan pic.twitter.com/uAfAM8bVkM