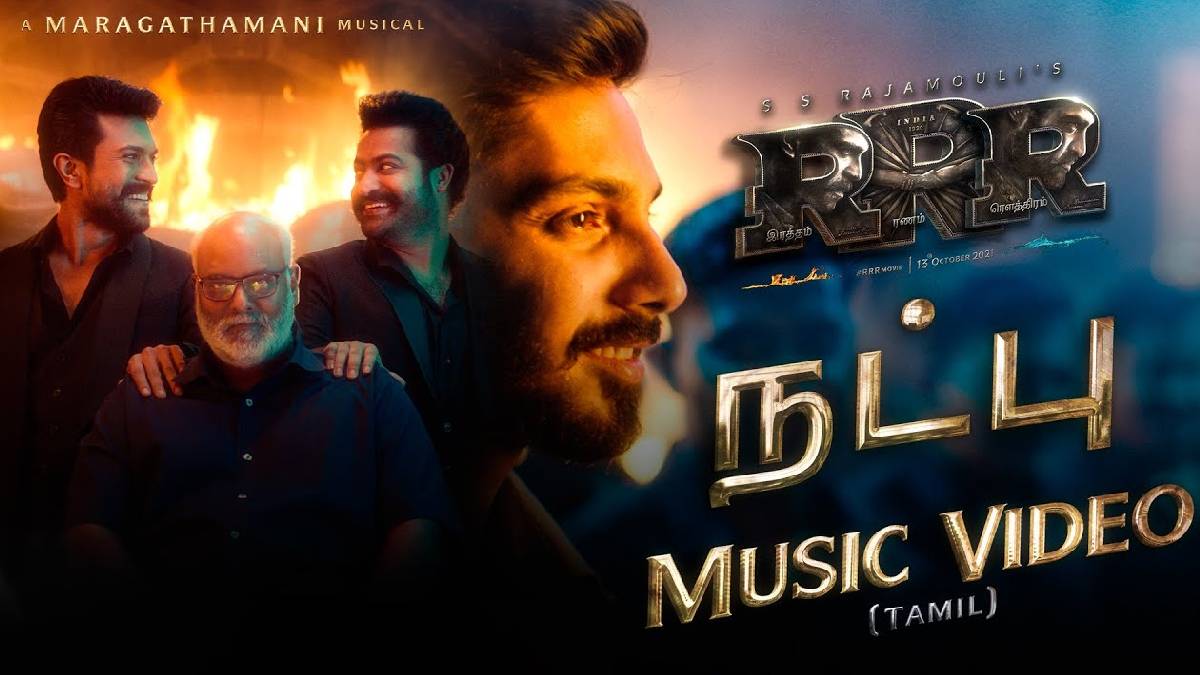 R.R.R. film crew released the song "Natpu", yesterday on the occasion of Friendship Day. And the song is currently going viral on social media. R.R.R directed by Rajamouli and starring Nandamuri Rama Rao and Ramcharan is set to release on October 13. The film is composed by Maragathamani Keeravani.

The team of 'R.R.R.' initiated their promotions for the film, and they have released the first single track composed by Maragathamani.  Following this, the film crew released the song 'Natpu' which will be featured in the movie 'R.R.R.' on the occasion of friendship day.

Anirudh plays a significant role in this song, and he sings the Tamil version of the song. The song has come out well as it creates a good vibe for the viewers and listeners. The background in this song is unique with the action of drum beats and light settings. When the song is heard for the first time, the listeners will obviously concentrate more on The song settings and the background than the lyrics.

The setting and the choreography should be appreciated. The background of flames and water at the same time is outstanding.No flaws can be noticed in the visual and in the audio part. The beat tunes our mind and body moves to the beats of drums. And to notice the song is released in five languages Tamil, Hindi, Telugu, Kannada and Hindi.

Then at the end comes the cast of the R.R.R. film as a surprise entry. The song video, which was released on a grand scale, is currently going viral on social media. Since August first week is celebrated as friendship week, the songs are trending among the youngsters by uploading videos and sharing them on social media.