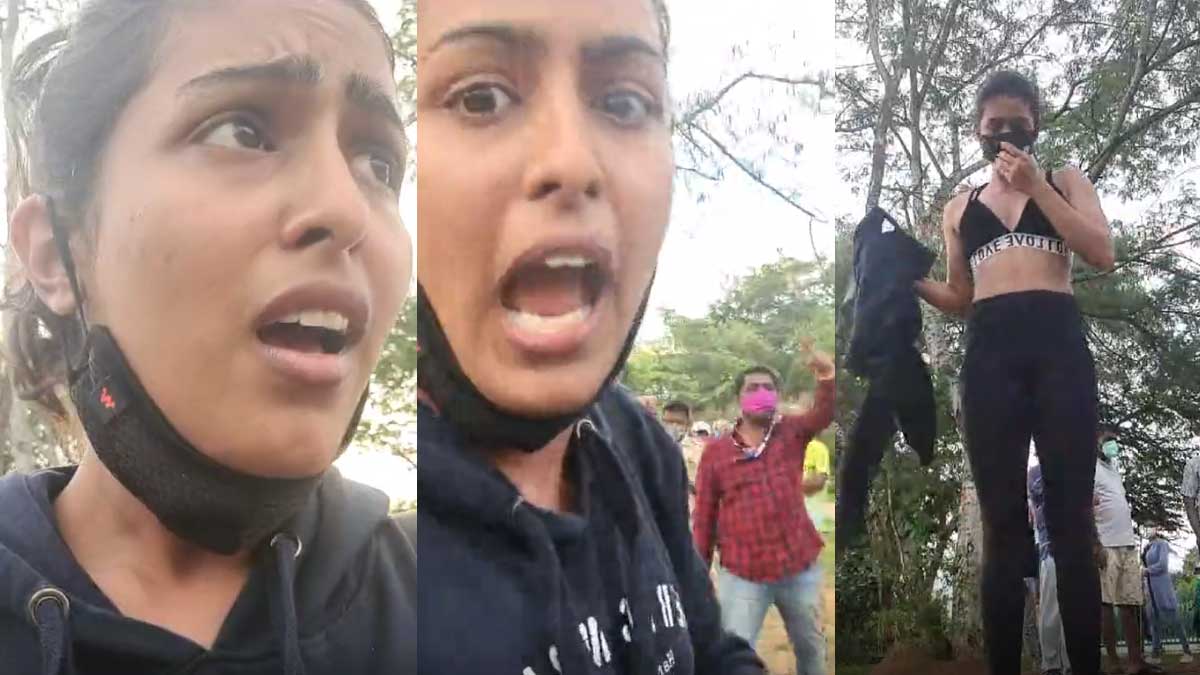 Actress Samyukta Hegde has released a sensational video of herself along with her friends being attacked by some people while exercising in the park.

Actress Samyukta Hegde became famous through Jayamravi's Comali film in Kollywood. Notably, Samyuktha enrolled in many Kannada projects too. In this context, Samyukta Hegde had posted a video on Instagram saying that she was attacked by the public when she went to a park with friends

The problem arose via a woman walking in the same park. The woman randomly questioned actress Samyuktha Hegde and her two friends who were hooping and exercising by themselves in the park. The lady claimed it as stripping in a public place and accused three of them by hitting and using false statements for working out in a sports bra.

Generally, the actress Samyuktha Hegde is an active social media user and probing into chaos, she immediately went Instagram live, making the happenings as a proof. The video also shows police arriving there during the debate and conducting an investigation.

Samyukta Hegde also showed in her live video that the door was locked so that she could not leave the park. And in the video, a person who introduced himself as a doctor from Apollo Hospitals said that there was nothing wrong with Samyukta Hegde and her friends. The area was abuzz with the incident. Thankfully, the Instagram video helped the actress a lot now.