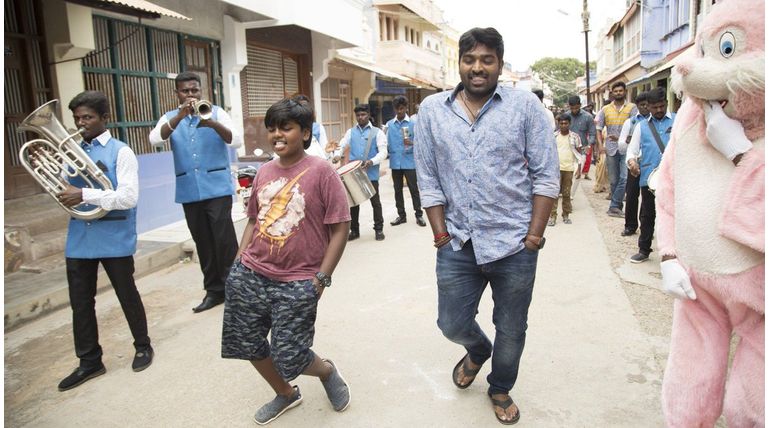 Sindhubaadh movie: The Chennai city bookings of Sindhubaadh movie of Vijay Sethupathi-Arun Kumar combo has kickstarted in selected theatres and full-fledged booking is yet to start for the film. The movie is getting ready for a grand worldwide release with a huge number of screen count all over Tamil Nadu. Though Chennai city opening might not be the best for the actor, it is sure to get a good opening number in the capital city.

AGS Cinemas, SDC Cinemas, MM theatre, Batcha theatre, Woodlands complex are the screens which have started the bookings for the film. So far the booking has been dull compared to the expected level and it is not up to the mark. It is expected to pick up soon with the promos of the film going on in full swing. With a day left for the release, the Vijay Sethupathi film will face Dhanush's Pakkiri in the worldwide clash this weekend.

Bookmyshow and Ticketnew can be visited for the bookings in and around Chennai city. Meanwhile, theatre bookings are also opened for the film before release. Usually, Vijay Sethupathi film will see most of the response by counter bookings for the opening weekend and it is witnessed in his previous films too. TN opening figure is projected to fall somewhere between 3-5 crore for the film being a working day and the weekend figures depends on the word of mouth for the film.