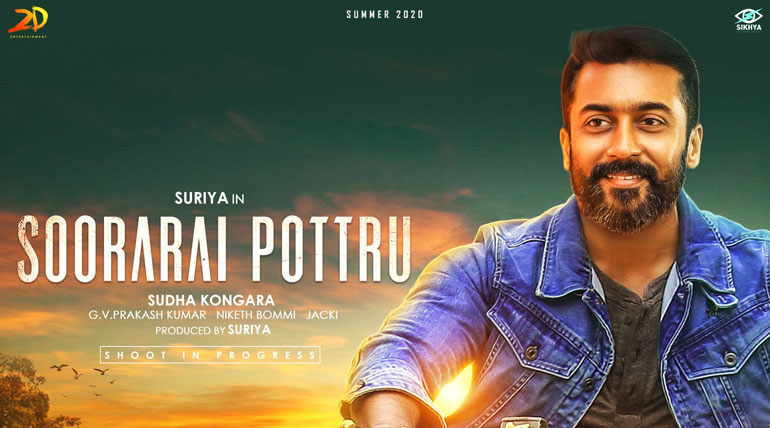 Surya revitalized by Kappan's victory, now acting full swing in Soorarai Pottru: Thanks to the success of Kaappaan, Suriya is now acting in full swing for his 38th movie Soorarai Pottru. Suriya was much impressed by the film Irudhi Sutru acted by Madhavan and directed by Sudha Kongara. He agreed to act in her direction way back in 2017 and even confirmed he would be producing the movie.

Due to his busy schedule of NGK and Kaappaan, the shooting of Soorarai Pottru only started in April and is now in full throttle to be released soon.

NGK and Kaappaan: The previous two movies of Suriya were a mixed bag. The first NGK did not do much in the box office. Directed by acclaimed director Selvaragavan failed to impress the audience. Due to its effect, the bookings of Kaappaan started at an average pace. But as expected the combo of KV Anand and Suriya got clicked by the second half of the film.

There was a steady increase in the box office collections, with families watching the movies during the evening and night shows in the current week. It will continue in the weekend and next week also.

Sudha Kongara's Irudhi Suttru: Sudha Kongara started her film career in 2002 as the writer for the Indian English movie Mitr, My Friend. It was a movie created by the all-woman crew and won the best English film in the 49th National Film awards. After that, Sudha was working as associate director to Mani Ratnam for seven years.

Then, came the release of Mitr, My Friend in Tamil and Saala Khadoos in Hindi in 2016. She won many awards for it, including the best director in the Filmfare awards. Impressed by the movie and her directorial skills, Suriya is now acting in her films Soorarai Pottru.

Soorarai Pottru - a peek into the movie: The already released first poster confirms something big in the movie. Suriya is standing small before the mighty aircraft. He is wearing a simple shirt and Dhoti before the plane. The story is inspired by Gopinath of Air Deccan, as told by the co-producer of the movie Guneet Monga. The aircraft in the poster confirms the storyline of Gopinath. He is a retired captain of the Indian Army, founder of Air Deccan, author of books like Simply Fly, politician and many more.

Soorarai Pottru meaning praise the skilled movie by Sudha of such a versatile personality like Gopinath with Suriya could bring the much needed hit for him soon. 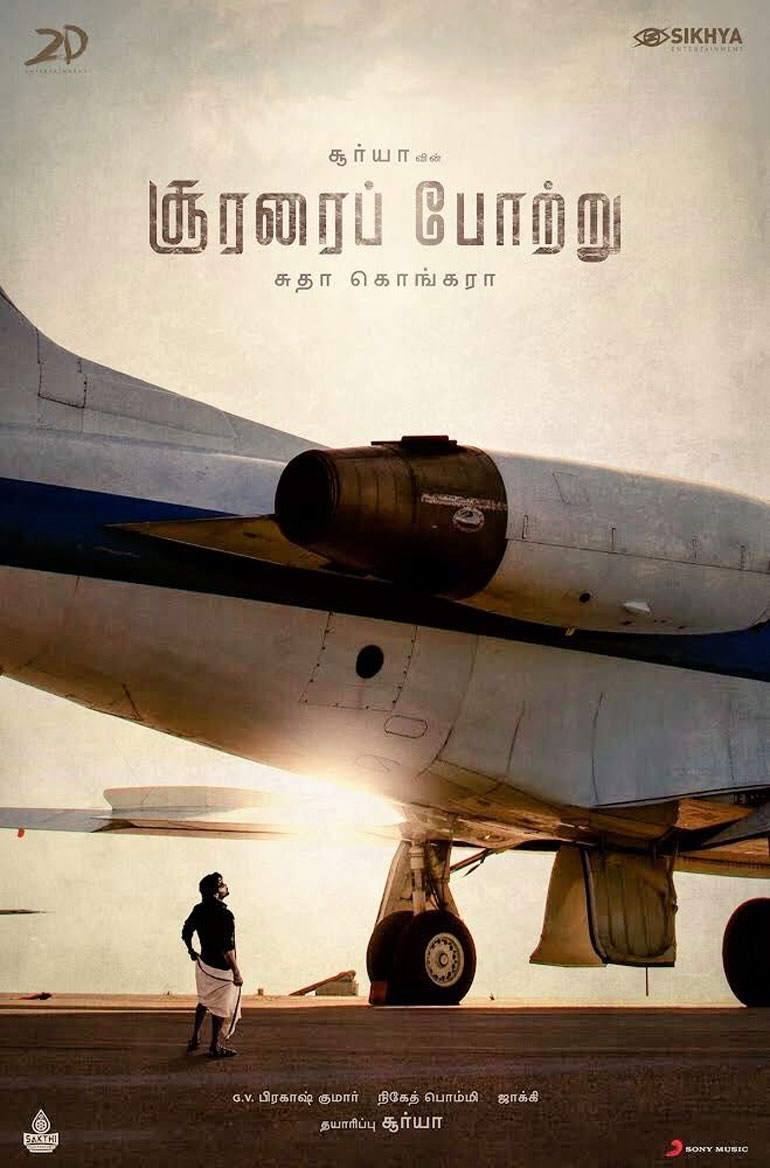