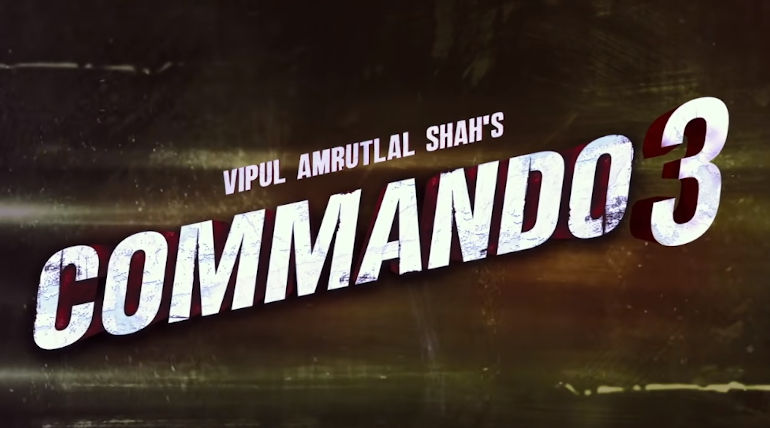 Aditya Datt's Commando 3 starring Vidyut Jammwal, Adah Sharma, and Angira Dhar hit the action drama in silver screens today. After a few hours of big-screen release, Tamilrockers has leaked the film online, which affects the monetary collection. Commando 3 seems a big budget of 60 crores, and the producers of the action flick shake a while after the online piracy. The cinema industry people take several measures to prohibit the anonymous Tamilrockers group in every possible way. However, the culprit group never stops raging.

Vidyut Jammwal Commando series 3 looks power-packed with its action sequels. But the storyline of Commando 3 never clicks the flick as per reviews. The plot revolving around the mission to capture the mastermind Gulshan Devaiah as Burqa behind Indian attack engrosses Vidyut as Karanveer Singh Dogra along with Adah Sharma as Bhavna Reddy traveling London to bring justice. Angira Dhar, as Mallika Sood, helps the Indian star commando's in the mission happening at Brussel. Though Commando 3 looks like a disaster action failing to prove the patriotism in Muslim characters.

Though this is not a new thing for Tamilrockers to leak new movies at a faster rate, the big projects this week Hotel Mumbai, Enai Noki Paayum Thota, also faces the threat of Tamilrockers' leaks pairing up with Commando 3. The Indian Producers recently filed a case against movie piracy and should face three years of jail or fine of 10 lakhs to compensate for the unlawful behavior.