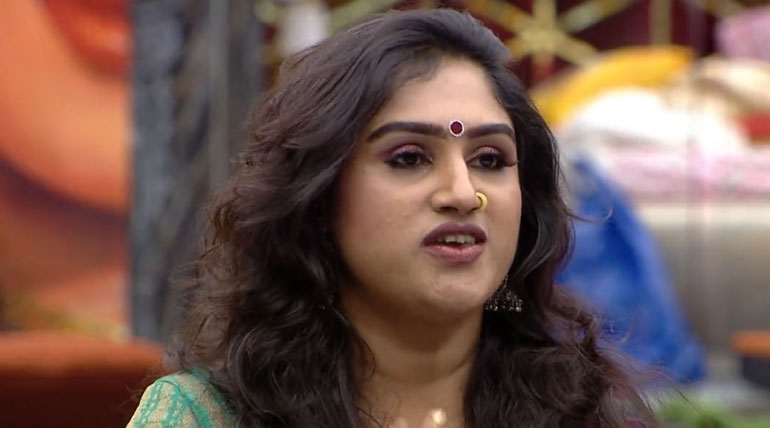 Not a big surprise as we all expected today that Vanitha will be evicted. Vanitha is from the beginning a controversial contestant. She was out of bigg boss house and brought back again as a wild card contestant. It has been told that even after Kasthuri's entry, there was nothing much expected happened in the house. Vanitha's entry made things upside down. Controversies crept in as anticipated and the house has gradually picked up gossips.

Initially, Abirami's story was spoken about, and related sequences were popped up. Vanitha was considered the person behind the drama, and it has been served well to the people. Abirami has become a crying baby from then on, and within two weeks she was evicted out. Later Kavin and Losliya's relationship was trolled by her.

Fuming things have started then on, and until now it is going on. Between Tharshan and Sherin's relationship was also criticised and whatever was needed for the show was well presented by her. Contestants and the audience have got agitated and had she not been the captain last week, and it would been the chance for Vanitha last week itself. Now for the past one week, it is an open book that Vanitha will be out of the show this week.

Three more weeks to go. Fighter cock is out of the house. Now, what will be the sequence?? Bigg Boss will have various other plans. Let us wait for them to get unleashed.