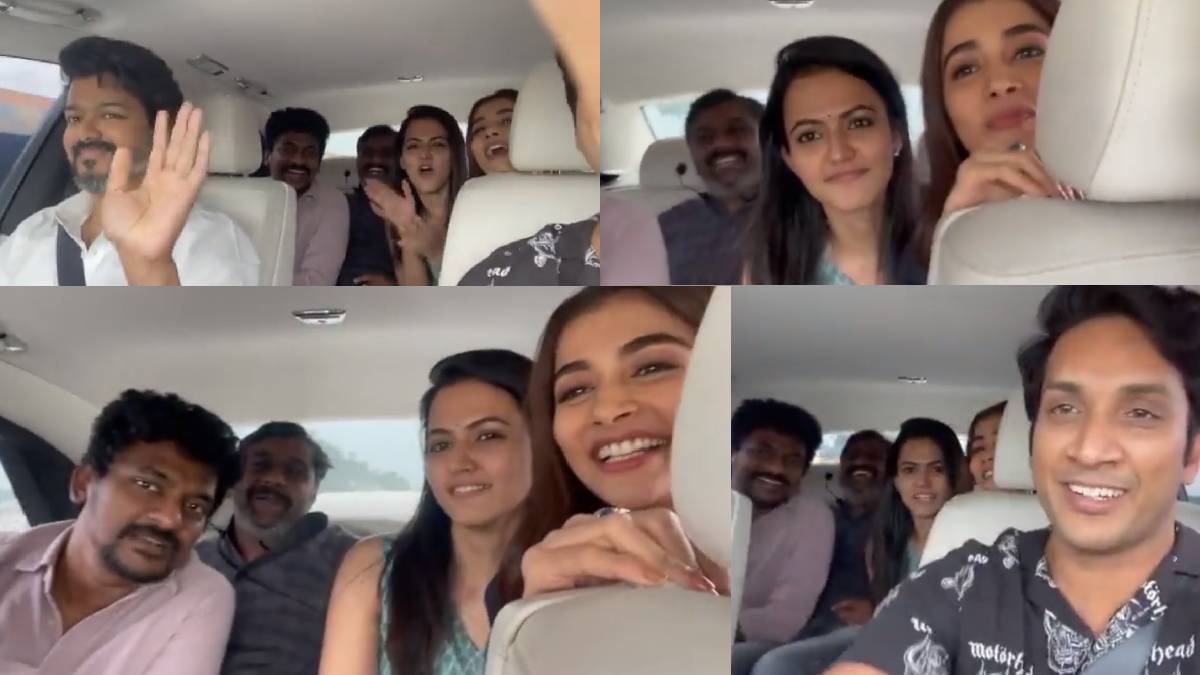 The video of actor Vijay riding in a Rolls Royce car with Satish, Pooja Hegde, Aparna Das, Manoj Paramahamsa and Nelson has gone viral. As the Beast movie starring Vijay is set to release on April 13, actor Vijay attended an interview to promote the film. Director Nelson hosted the show. Vijay then gave interesting answers to various questions asked by director Nelson.

One day when the actor Vijay goes home after the shooting, they have told Vijay about their wish. Immediately, when they asked, 'Shall we go now?' the next moment, actor Vijay said OK. He took all 5 of them in his car. Satish has recorded this as a video and posted it on his social media page.

The video is currently going viral on social media. The video shows actor Vijay driving his Rolls Royce and listening to Ilayaraja's song playing on the radio while Satish, Pooja Hegde, Aparna Das, Manoj Paramahamsa and Nelson have fun talking to him and laughing.