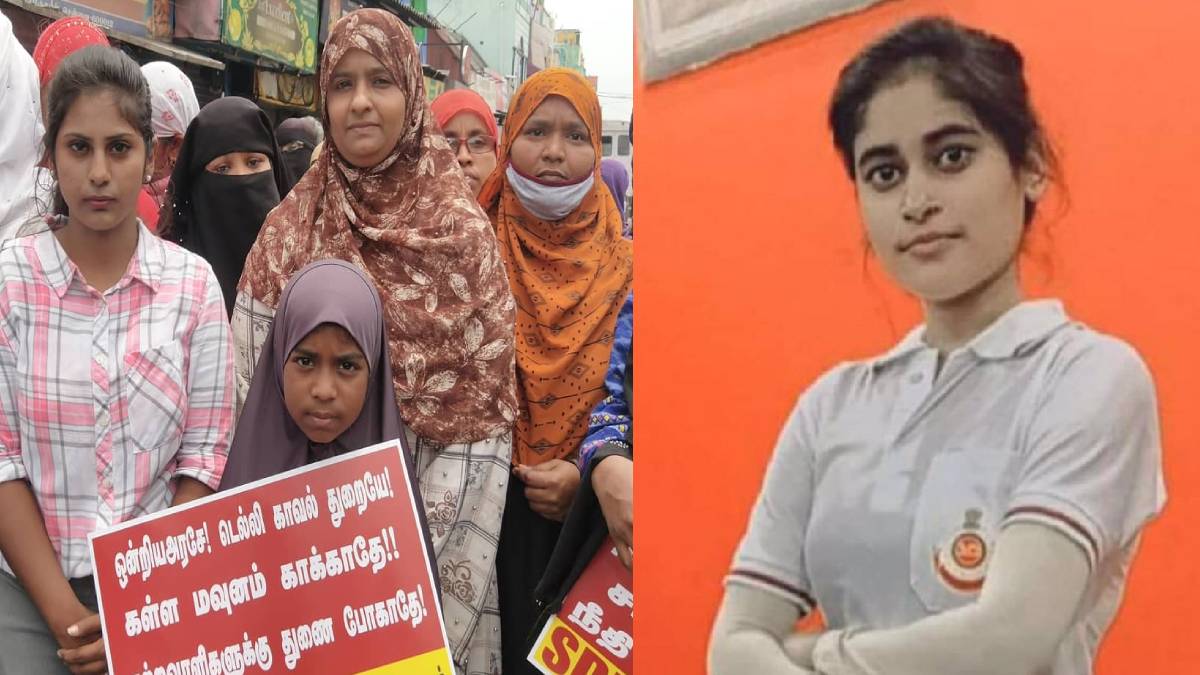 IUML Town unit organised a protest at Vaniyambadi to condemn and seek justice by conducting a CBI enquiry to uphold the social justice on the murder of Civil Defence Volunteer Rabiya Saifi in New Delhi.

And also, The Tamil Nadu Muslim Progressive League (TMPL) staged a protest in Chennai demanding justice for Rabiya Saifi. The protest, which took place in front of the District Collector's Office on Rajaji Road, was attended by many women and the Women's Liberation Party members.

Days keep passing, but still, the Rabiya Saifi case has not come to an end. Civil Defence Volunteer Rabiya Saifi was killed and thrown in the Surajkund-Pali road in Faridabad. And her body was found from the bushes 10-15 feet from the road. Her parents complained earlier after confirming that their daughter had gone missing.

Following this complaint, Nizamuddin, a person volunteering, came forward and told himself that he was the one who killed Rabiya and took responsibility for this whole incident. Nizamuddin also said that they both married in the absence of their parents, and they lived in secret marriage life since Rabiya's parents were against their marriage.

He confessed that Rabiya was in contact with many males even after marriage, so he burst out of his temper and was murdered. But Rabiya's parents are opposing the statement telling them that their daughter is unmarried.

Following this, police arrested Nizamuddin, and further investigation is still in progress. The shock comes after the postmodern result came out.  The postmortem revealed that the accused stabbed Rabiya Saifi about 50 times and cuts off the breast. To note, her private parts are injured being mutilated. There are many things to be noted in detail in this case.

IUML Town unit organised a protest at Vaniyambadi to condemn & seek justice by conducting CBI enquiry to uphold the social justice & protection of women of our Mother Land on the Brutal murder of Miss Rabiya Saifi Civil Defence officer at New Delhi by the gang rapists. pic.twitter.com/SQWcreiSfk