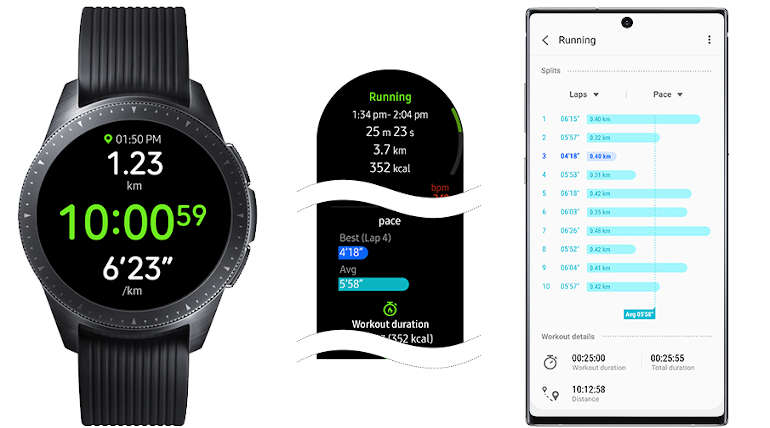 The new update has been rolled out by Samsung from November 19, 2019. Though the Galaxy Watch and Watch Active are the previous versions of Galaxy Watch Active 2, Samsung has planned to enhance the performance of those watches.

As per the official source, the update is mainly surfaced on the UX front where the options like Bixby features, customization options, and Samsung health features are being added.

The Bixby features will start working on the older models once their software is updated. So, the user can experience the Bixby features of the SmartThing ecosystem as the Bixby can learn the users' everyday routine for being more helpful. The new update also brings multilingual Bixby ranging from British English, Italian, Spanish, German, and French.

The new update also brings the so-called Touch Bezel interface to let the users do swipes around the bezel. However, what is the use of the Update without any significant changes in the graphic part? Thanks to the update as it brings that too. On the Samsung Health feature, this update brings the extended heart monitoring for the users to monitor their heart rate and their cardio health.