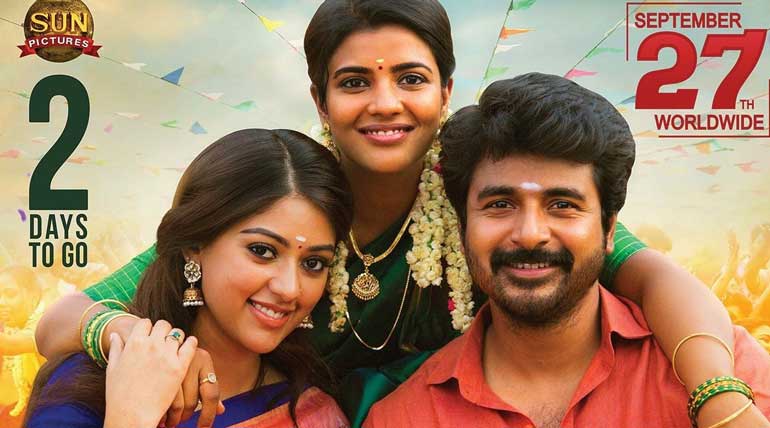 Will Siva Karthikeyan's Namma Veettu Pillai be like MGR's Enga Veettu Pillai? It is the question that many of his fans are expecting with the online bookings for it starting now. This Pandiraj's movie produced by Sun Pictures is set to be released on 27th September. Being on a low due to below-average collection of Mr. Local, Siva Karthikeyan is back to comedy with Soori and Yogi Babu with Namma Veettu Pillai. Online bookings are normal and only could pick up after the release, like in the Kaappaan movie.

With no competition with any other big actor or director movie release on 27th, Namma Veettu Pillai will be helped with more theater availability. Also with the last week released movies, only Kaappaan will be of some competition. But with the wide connections and influence of SUN TV, theatres are not an issue for this film. In Karur city already started online booking for Namma Veettu Pillai in 3 screens Ajantha, Thinnappa and Kalaiarangam.

Namma Veettu Pillai is the third film of Pandiraj and Siva Karthikeyan's combination. The first one was Marina, which was a much acclaimed and hit movie. The next was Kedi Billa Killadi Ranga, which was more of a comedy genre but only an average grosser in the box office. The audience well received Pandiraj's latest Kadaikutty Singam with Karthi. Pandiraj and Siva Karthikeyan both have the talent to give a box office hit with Namma Veettu Pillai.

Pandiraj has won many international awards for his movies like Pasanga, Marina, and others. He has proved taking movies of different genres. With the strong star cast of Namma Veettu Pillai including Bharathi Raja, Aiswarya Rajesh, Samuthrakani, Suri, Yogi Babu, and others, he will be able to give a repeat of Pasanga with this movie. Sun Pictures, with their best marketing efforts, will provide the much-needed hit for Siva Karthikeyan. Imman is scoring the music, and Nirav Shah for cinematography, only adds to the success of the movies.

Hope and wish Pandiraj and Siva Karthikeyan to bring back the magic of Enga Veetu Pillai box office collections and joy for the audience with Namma Veettu Pillai. 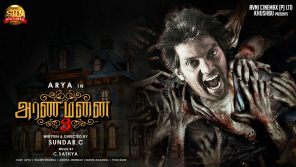 Aranmanai 3: Famous actor plays a ghost for the first time

Bigg Boss Telugu 4 : Procedure to Save your Favorite Contestants