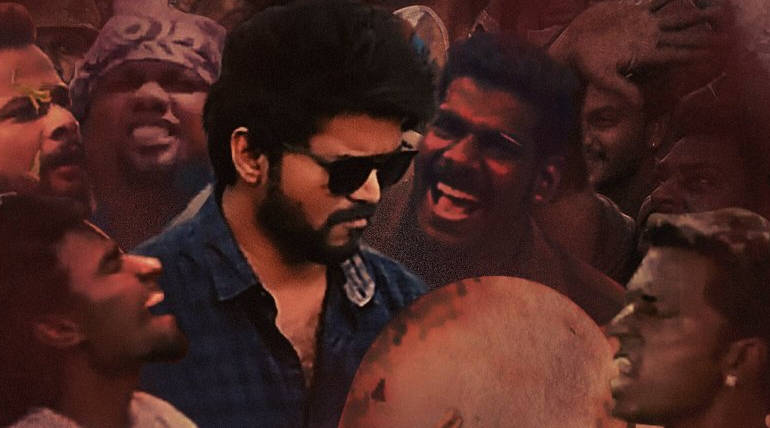 Celebrating Diwali with Bigil movie Kollywoodâ€™s mass hero Vijay is all set to work mode with Kaithi director Lokesh Kanagaraj's next. Sources revealing Thalapathy 64 starring Malavika Mohanan, Vijay Sethupathi, Antony Varghese, Shanthanu headed to the second phase of shooting completing the prior half in Chennai. Amidst the heavy air pollution in New Delhi, Vijay 64 team works hard to meet the fans in theatres in April 2020.

Fans are eager to know what kind of story Thalapathy 64 is. Already Vijay's appearance in the film has been revealed and shocked by the film crew. The photo with the light beard went viral on the website. Besides the shooting mode, the story of the film has been leaked. The film is said to be centered around the life of Anita, who fell victim to the NEET entrance exam.

Anita, a student from Ariyalur, dreamed of becoming a doctor with high marks in the Higher Secondary Exam. The girl committed suicide in despair due to the NEET failure, which rocked the country everywhere. Information is spreading on the website that it is ready to be used as a Thalapathy 64's picture of contemporary education centered around the incident.

Most of the footage of the film is being filmed in college. However, Thalapathy 64 team did not confirm this. However, there are photos of  Vijay in the film looking like a College student goes viral on the internet.

Tuning into Anirudh Ravichander's music Thalapathy, 64 also joins 96 fame Gouri Kishan, Andrea Jeremiah, in the lead roles. Produced under the banner of XB Creators, the film is set to be released next summer holidays.