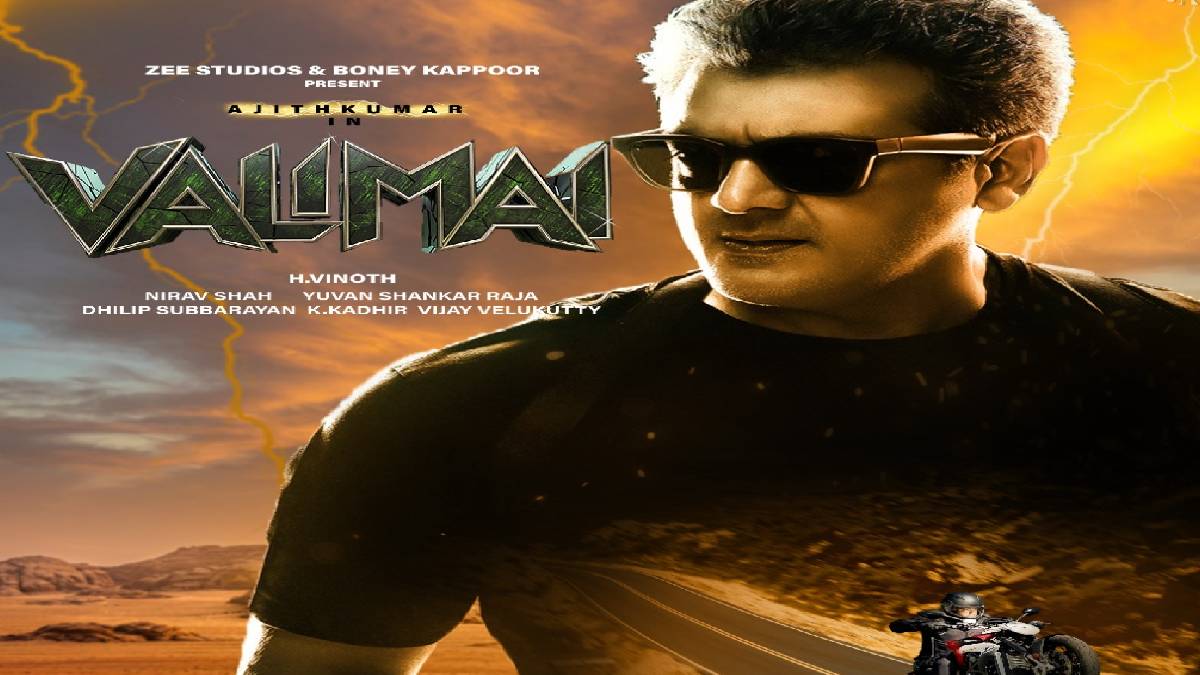 The most awaited second update of the film Valimai is out today. According to the official report, the first single of the movie Valaimai starring Ajith is scheduled to be released at 7 pm today.

The First Look poster for the movie  Valimai was released three weeks ago and received rave reviews from fans. Although filming is almost over, there are still scenes left to be shot overseas. The motion picture took away the breath by the stunning poster of Actor Ajith and by the BGM of Yuvan Shankar Raja. Valimai motion poster is still trending as it was the only update from the Valimai crew till yesterday.

It has been reported that the 'Valimai' crew is set to go abroad for filming next week, where five days of action scenes will be filmed. Meanwhile, the first single of the movie Strength will be released at 7 pm today.  The fans are overjoyed to hear this.

The tweet regarding this announcement is going viral on Twitter with many shares and likes. The fans celebrating the updates with joy as the second update came early that which was expected. The expectations in  Valimai, directed by H. Vinod starring Ajith, has increased tremendously.