TTF Arrested? What Happened To TTF Vasan? Controversies And Response 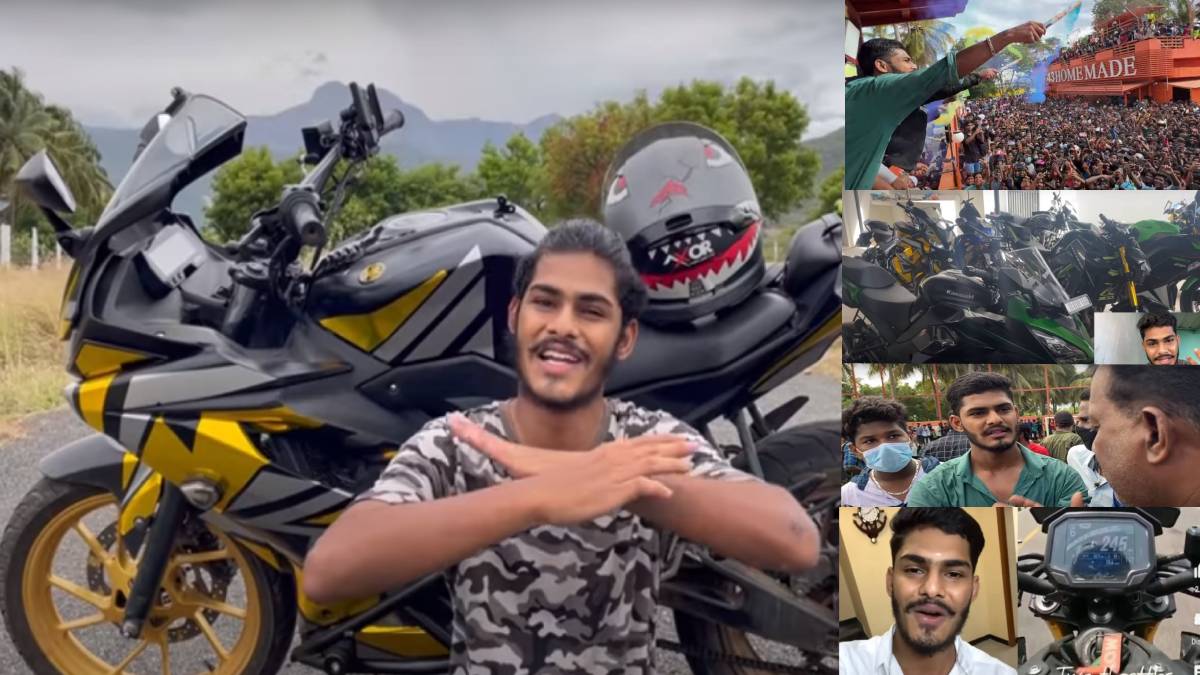 TTF Vasan's name became even more familiar following the controversies and accusations. Although the complaints are rising against him, TTF Fans are by his side by pouring continuous support. In this situation, I Support the TTF Vasan hashtag going viral on social media. Many YouTubers and moto vloggers are posting a video saying that they support TTF.

Who is TTF Vasan?

TTF Vasan is a young Youtuber and moto vlogger who gained attention among lakhs within a short period of time. TTF Vasan is from the Coimbatore district. His interest in Bike, racing, stunts and travel made him start up a Youtube channel. His YouTube channel Twin Throttlers had only a few hundred subscribers in 2020.

Within a few months, his subscriber count crossed 20 lakhs, and now he has 2.84M followers on Twin Throttlers YouTube. His trip to Ladhak gained him attention, and many viewers watched his videos. Youngsters and 2k kids were amazed by seeing his adventure rides. There are many Kutty TTFs who imitates the activities of TTF Vasan but in TVS XL.

Only after the TTF Birthday Celebration may problems break out against TTF. He organized a meetup at TN 43 Hotel on his birthday, thinking that only a few would join the meetup. But unexpectedly, more than 3000 youngsters were present at the hotel. He was surprised to see so much of the crowd around him. The crowd gathered police attention also, and they warned TTF Vasan not to repeat this anymore without prior notice.

After the Birthday Celebration, the media concentration turned toward Vasan. Many news channels visited him at home and did interviews regarding his fame at this young age. When this was happening on the other side, many turned against  TTF Vasan, saying that he was injurious to young society. TTF Vasan's video of him riding his highCC Bike at 247Kmph went viral with complaints and requests to arrest him.

TTF Vasan was confused by noticing what was happening around and posted a video on July 5 (yesterday) in response to the speed ride video. In it, he said that "I have no idea on what is happening. I haven't thought any ill to others, but suddenly, everything is turning towards us, and the reason is not known. People are speaking both negatives and positives. I haven't inspired anyone to ride speedy, ride without a helmet, or do stunts.

I do stunts to develop my skill. Every biker needs to know this in order to rescue himself during a long trip. I have learnt stunts only in private spots. But few news channels have taken it the wrong way. Suppose If I have inspired anyone, I'm sorry. Do ride safely and carefully. Ride with Helmet. If you are doing stunts, do it in a private spot. I have ridden it 247 speed not in Tamil Nadu but at Northside in Yamuna Express Highway."

When these accusations are made, TTF fans, Youtubers and other moto vloggers are posting videos supporting TTF Vasan, saying that some news media are trying to stop the growth of sprouting Youtuber. Few are accusing the government, saying that if that speed on highways is wrong, the government should have banned the high CC bike or instructed them to ride only on racing tracks.

Many media persons are comparing TTF Vasan with YouTuber Pubg player Madan OP who was arrested and is still in jail. His Youtube account was also closed by the police. Many Youngsters are standing with TTF Vasan.