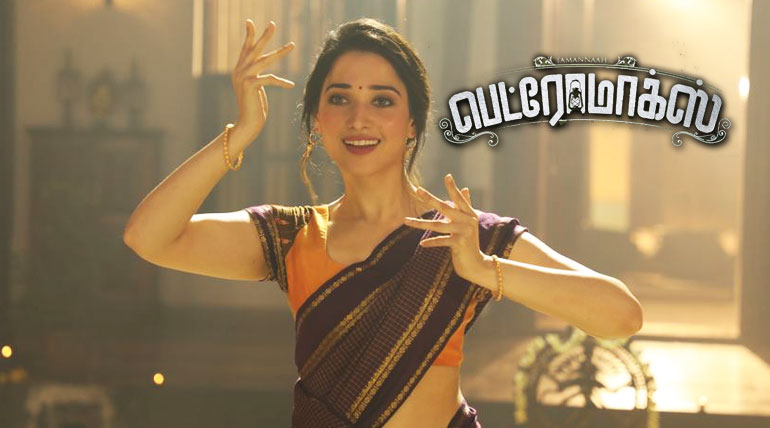 Petromax movie is Telugu original "Anando Brahma" collected more than 15 cores in the box office. But with Petromax being leaked online by Tamilrockers, its box office collection is now in doubt.

The horror-comedy movie made the audience laugh in the theaters, but the producer A. Kumar and the distributors are a worried lot, with its online leak now. Tamilrockers leaked Asuran and Namma Veettu Pillai movies online for free download, beyond those leaks, both the movies preformed well in box office collections.

Tamannaah performance  - acts well in Petromax: For more than a decade now, Tamannaah Bhatia is working in multi-lingual films. She has a lot of hit movies to her credit. She was also signed for some mega-hit movies like Bahubali, Syera Narasimha Reddy, and others.

Her excellent acting talent in horror movies Devi was once again repeated today in Petromax. She plays the role of Tapsee in the Telugu original of the film.

Being the character of a ghost, Tamannaah brings back her Devi skills to joyfully frighten the audience. With only Yogibabu and Munsikanth in the male lead, Tamannaah plays a significant role in Petromax.

It is the reason maybe she has talked about the pay disparity for female actors in film and other industries. Petromax movie shooting completed within 30 days, Tamannaah expressed in Press meet.

Rohin Venkatesan & A. Kumar's Petromax: Though a remake of Telugu hit film, Rohin Venkatesan has made considerable changes in Petromax for the Tamil audience. Also, since the Telugu version was released during the horror frenzy period in 2017, this Petromax needs to be of today's level to be a hit movie like its Telugu version.

Rohin Venkatesan has done his best for it and could have been an average hit to provide good returns for its producer A. Kumar. But with Tamilrockers releasing this Ghibran musical online, the returns of A. Kumar is now under question.

Tamilrockers must be sure controlled before the Diwali release of big movies like Kaithi and Bigil. If they continue their rampage of online release, it would be the death knell for Tamil films in the future.